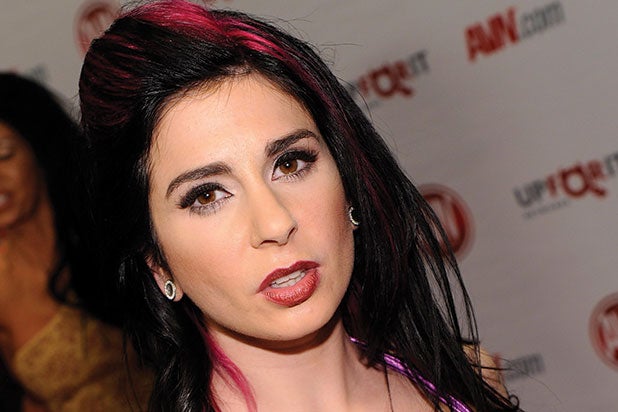 During an appearance on SiriusXM’s “The Jason Ellis Show,” Angel revealed that Deen, whose real name is Bryan Matthew Sevilla, would often verbally and physically assault her, holding her head under water or sending her hurtling to the floor.

“I have nothing nice to say about him,” Angel said of her former boyfriend and frequent co-star.

Deen’s reps had no comment, but the adult film actor has tweeted that the allegations against him are false and defamatory.

Read the seven most shocking statements from Angel’s interview below.

1) Deen choked Angel in her sleep: “I would wake up in the middle of the night, he would be choking me. I would kick him off me and the next morning I would be like, ‘Do you remember?’ … He really didn’t believe it. It was like a ghost was on top of me — his eyes were open but he wasn’t really there … If I screamed, no one would hear me.”

2) When things didn’t go well on set, he took his anger out on Angel: “We were like walking around, and he was like like, ‘I’m fucking losing money over this,’ and he flipped out … he pushed me and threw me to the floor.”

3) At parties he was charming, but in private he was a “monster”: “As soon as we got into the car, the monster came out and he started screaming at me … I would say, ‘You seemed really happy in there and now you are miserable,’ and he said, ‘Well, that’s James Deen, and James Deen is not a real person … Why do I have to put on a fake fucking act around you?'”

4) He feared being known by his true identity: “He basically admitted that one of his fears in life was everybody seeing Bryan and not James. It was hard for him to put on an act of being a nice person every day … He was an asshole. He was a horrible boyfriend.”

6) He nearly drowned her in a sink: After he allegedly dragged her by her hair, she said, “It started to feel like forever … I thought, I’m going to die here.” When he finally let her go, “he threw me on the floor. He said, ‘You’re a horrible submissive. I’m bored. I’m going to go fuck someone else.'”

7) He was controlling of every aspect of their relationship, especially sex: “I’m good in bed, you’re really bad in bed. When it comes to sex, I call all the shots,” he allegedly told her.