Vocativ has found that fans are searching for his scenes just as much as before, and studios are releasing just as many of Deen’s movies.

In January, the number dropped to 559 searches, and in February it dropped back down into the 300 range.

Deen’s rep, Howard Bragman, told Vocativ that Deen is getting just as many gigs with other studios as he did before all the allegations.

“James is continuing to perform in scenes for other companies the same amount as he was before,” he said. Bragman has not yet responded to TheWrap’s request for comment.

Investigators at Cal/OSHA (California Department of Industrial Relations Division of Occupational Safety and Health) found that Third Rock Enterprises, also known as James Deen Productions, “failed to make the hepatitis B vaccine and vaccination series [available] to all employees who have had occupational exposure and to make available a post-exposure evaluation and follow-up for bloodborne pathogens exposure to all employees who have had an exposure incident.”

See Vocativ‘s chart of the study below. 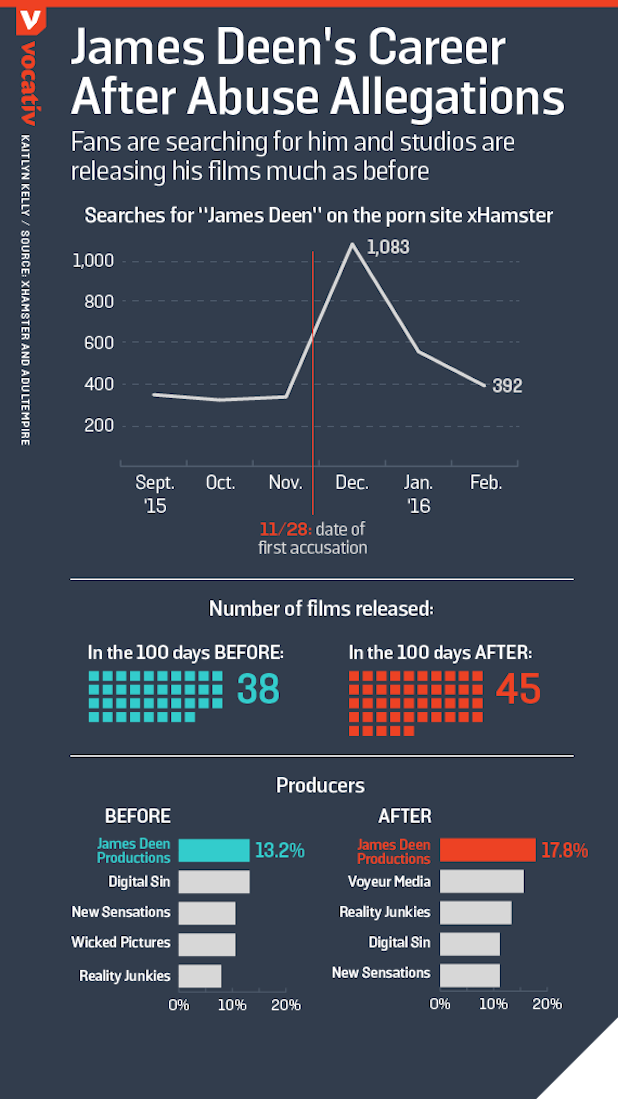