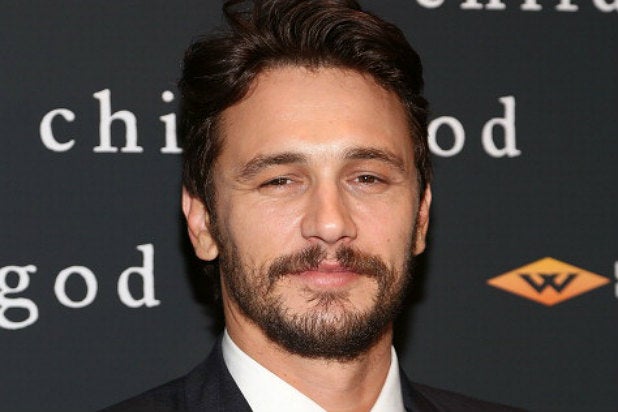 James Franco fired back at a Gawker writer who complained about being blacklisted from the premiere party for the actor-director’s new documentary, “Kink.”

“Aww, did Gawker get disinvited to the ‘Kink’ party?” Franco joked Friday in an Instagram caption that ran alongside a screenshot of the offending Gawker article authored by Rich Juzwiak.

Juzwiak’s article, headlined “The Time We Got Disinvited from James Franco‘s Party,” was a frustrated account about being jerked around by Franco’s representatives.

Franco isn’t buying it. “Rich, nothing against you. I didn’t even know we were supposed to talk,” he continued, “I’d be happy to talk to you if you get a job that isn’t one click away from TMZ.”

In Juzwiak’s piece about the premiere party, the author says he was initially approached by a Franco publicist to conduct an interview. But after J.K. Trotter ran a piece on Gawker in early August titled “James Franco Is Living With a Man,” the actor-director’s camp canceled the interview. Juzwiak was also planning to attend Friday night’s release party for “Kink,” but at the last minute he learned the entire Gawker staff had been blackballed.

This isn’t the first sign of bad blood between the gossip and news site and the provocative heartthrob. As Juzwiak pointed out in his own article, the “beef with Gawker stretches back to at least 2008,” when the outlet addressed rumors about his sexuality and allegations of domestic violence.