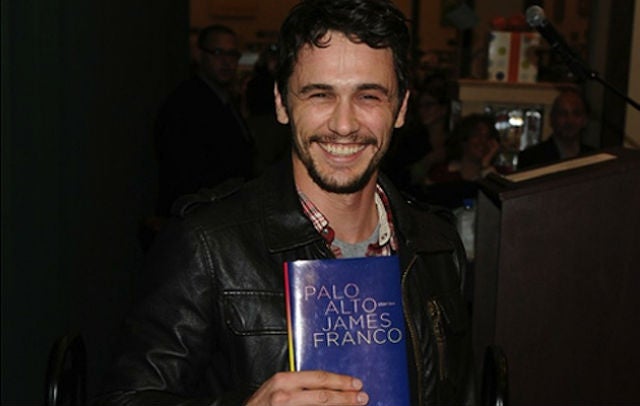 James Franco is the latest celebrity asking fans to fund his projects.

Following in the footsteps of Rob Thomas, Zach Braff, and Zosia Mamet, Franco will try to raise $500,000 to film three feature films based on his 2010 book "Palo Alto" through Indiegogo. The actor says he wants to raise the money independently so he'll be able to maintain "artistic integrity."

While Thomas and Braff's efforts were successful, Mamet's was largely mocked and raised less than ten percent of its goal. Franco's is different from the other three in that he chose to use Indiegogo's "flexible funding" feature, which means he'll keep however much he manages to raise – even if he falls short of his goal. Franco is also promising to donate the film's profits to a nonprofit called Art of Elysium.

As in all of these campaigns, there will be rewards for donations. Some highlights: $450 gets a 15 second personalized voicemail greeting from James Franco ("James retains the right to edit the script if he deems the content inappropriate"), $1,000 gets an associate producer credit (could be a good résumé builder?), $5,000 gets you a part in the movie ("Please add $20 for intl. shipping"), and $10,000 makes you an executive producer and gets dinner with James Franco.

Franco previously turned to Indiegogo last March to fund a "multimedia performance piece" called "BirdShit." Clearly the experience was a positive one and allowed for the artistic and creative freedom Franco seems to crave. As he says in the video below: "This is the best way to make movies. Because in this way, the movies we wanna make get made in the ways that we wanna make them."