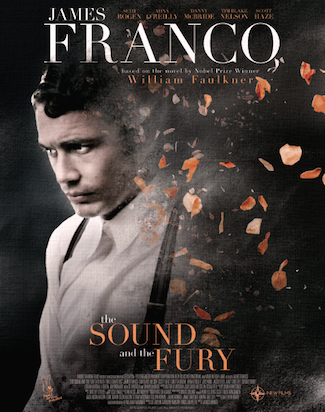 New Films International will release James Franco‘s adaptation of William Faulkner‘s novel “The Sound and the Fury” on Oct. 23 in 11 theatrical markets as well as on VOD, the company announced Monday.

“The Sound and the Fury” is based on Faulkner’s Nobel Prize-winning book of the same name, which was published in 1929. Set in Jefferson, Mississippi, the novel centers around the Compson family, former Southern aristocrats who are struggling to deal with the dissolution of their family and its reputation. Over the course of 30 years, the family falls into financial ruin, loses its religious faith and the respect of the town of Jefferson. Many of them die tragically.

Matt Rager adapted the novel, which is the director Franco’s second Faulkner adaptation following “As I Lay Dying,” which premiered at the Cannes Film Festival.

“While most people recognize James Franco as a talented actor, we are excited to highlight him as a director with a keen eye for narrative stories. Coupled with his love of literature, we think ‘The Sound and the Fury’ is a wonderful addition to the New Film International slate,” said NFI president Nesim Hason.