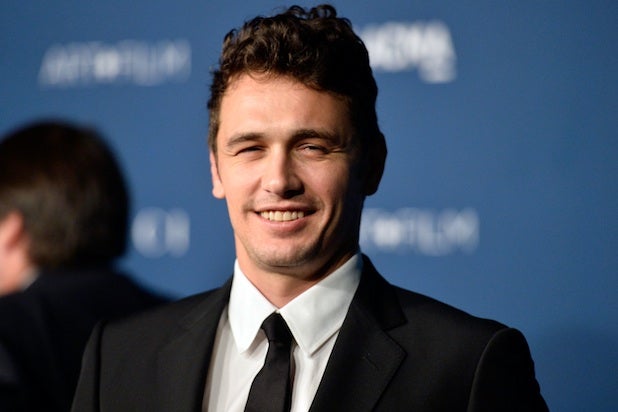 With the recent release of the biopic “Sal,” its director James Franco once again takes on a story revolving around a central figure who’s gay.

His propensity to do gay projects has certainly caused many to speculate about his sexuality – clearly it was a huge topic of the recent Comedy Central Roast in his honor. But, Franco takes all of that in stride.

“Of course I’m for equal rights and will do whatever I can do to help make that happen,” Franco told The Daily Beast.

“But I feel like because I’ve done more gay characters, gay scenes, or gay projects than most straight actors, people see it as some sort of mission,” he continued. “It’s more of a case-by-case basis, and just trying to capture figures that I love. I guess that a lot of the figures that I love were gay.”

“Sal,” which portrays out gay actor Sal Mineo on his final day of life, opened earlier this month. Mineo, a child actor who was Oscar-nominated for his roles in “Rebel Without a Cause” and “Exodus,” saw his career decline in the 1960s as he grew older and his homosexuality kept him from landing parts.

The biopic would be just one of the many projects in which Franco captured the lives of gay people during his prolific career, including “Milk,” “The Broken Tower” and “Howl.”

“It’s not like it’s my mission to tell the stories of as many gay men as possible, although in some cases, I think it is the point,” the 35-year-old said.

“In ‘Milk,’ the point is to show one of the great fighters for equal rights for the gay community, so I was happy to do that,” he continued. “With characters like Allen Ginsberg [in ‘Howl’], my love for him started with his work when I was a teenager. So his sexuality is secondary to me. It’s an important aspect of who he was and his character, but it wasn’t like, ‘Yes, I want to play another gay role,’ it was more, ‘Yes, I’d love to play another one of my heroes.'”