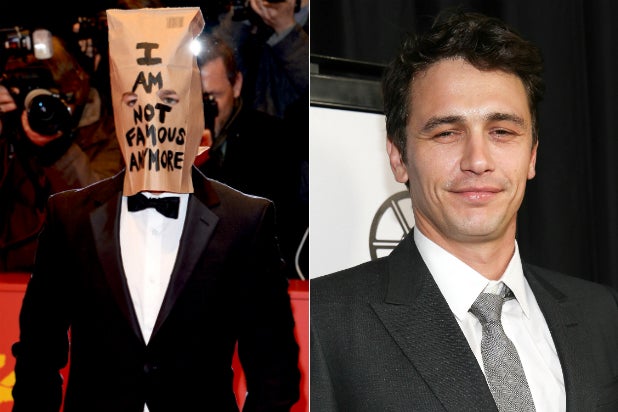 Academy Award nominated actor and noted artist James Franco has finally weighed in on fellow thespian Shia LaBeouf‘s streak of bizarre antics — and Franco said he’s taking an “empathetic view” on why he is “acting out.”

“The recent erratic behavior of Shia LaBeouf, the 27-year-old actor best known as the star of the ‘Transformers’ movies, has sent the press into a feeding frenzy. Though the wisdom of some of his actions may seem questionable, as an actor and artist I’m inclined to take an empathetic view of his conduct,” Franco wrote in an op-ed in the New York Times on Wednesday.

Also read: Emile Hirsch Has Been Making Fun of Shia LaBeouf on Twitter for 24 Hours

Franco, who himself has experimented extensively in the art world, said that he hopes LaBeouf’s behavior is indeed a piece of performance art — as the actor claimed in January — and not a sign of a more serious condition like a nervous breakdown.

“Indeed I hope — and, yes, I know that this idea has pretentious or just plain ridiculous overtones — that his actions are intended as a piece of performance art, one in which a young man in a very public profession tries to reclaim his public persona,” Franco wrote.

But Franco said he believes that regardless of LaBeouf’s intentions, he understands the need for LaBeouf, and all actors, to dissociate from and periodically reject the pressure of being in the Hollywood spotlight.

The “Spring Breakers” actor cited Marlon Brando’s choice of roles as revolutionary in an industry that tried to control its stars’ images, and said his own decision to act in the soap opera “General Hospital” was a deliberate effort to “jar expectations of what a film actor does and to undermine the tacit — or not so tacit — hierarchy of entertainment.”

Franco also mentioned Joaquin Phoenix‘s year of bizarre behavior that led up to the 2009 premiere of Casey Affleck‘s “I’m Not Here,” the quintessential performance art quandary that had media outlets in a tizzy until we were let in on the joke.

But the Academy Award nominee warns that LaBeouf runs the risk of burning bridges with his project, which involves a great deal of supposedly purposeful plagiarism.

“Mr. LaBeouf has been acting since he was a child, and often an actor’s need to tear down the public creation that constrains him occurs during the transition from young man to adult,” Franco wrote.

“I think Mr. LaBeouf’s project, if it is a project, is a worthy one. I just hope that he is careful not to use up all the good will he has gained as an actor in order to show us that he is an artist.”