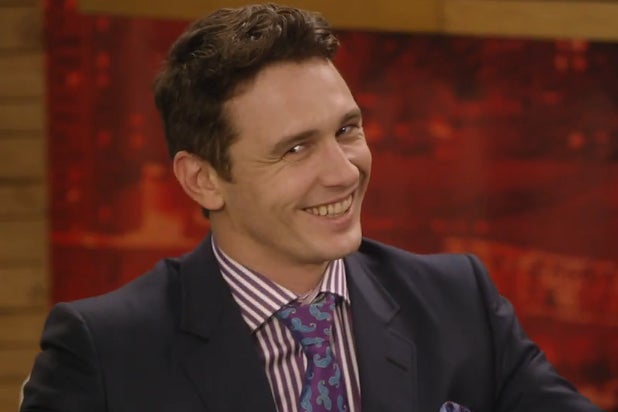 James Franco is bringing forth another charismatic and slightly clueless newsman character to the big screen in “The Interview,” and MTV is giving his character a show in advance of the VMAs.

Skylark is the lead character in “The Interview,” which follows an on-air reporter and his producer — played by Seth Rogen — who are sent to North Korea under the guise of reporting on a story. As it turns out, they’re secretly on a mission to assassinate Kim Jong Un (Randall Park).

Unsurprisingly, the movie has come under fire from North Korea. Amidst hyperbolic threats of all out global war, Sony has caved and will be making minor changes to the film, including digitally removing buttons worn by characters, which bear great similarity to real uniforms worn by North Korean officials.

“The Interview” will be released on Dec. 25. “Dave Skylark’s Very Special VMA Special” will air on Sunday, Aug. 17 at 9/8c, while the VMAs air the following Sunday.