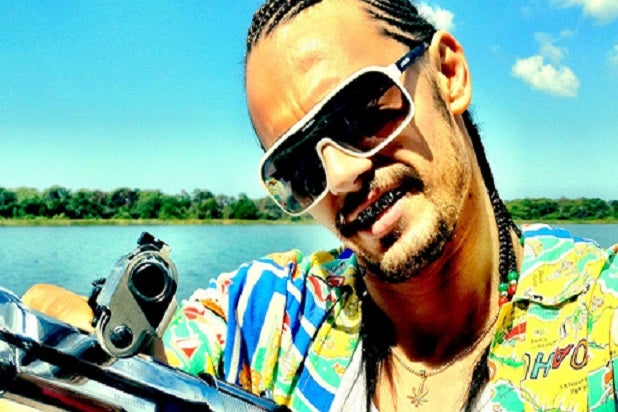 The “127 Hours” actor put in his two cents on his recent film “Spring Breakers” in a free-flowing, swamp-of-consciousness essay for Vice.

Also read: James Franco Stuck at LAX After Airport Shooting: ‘Some S–tbag Shot up the Place’

Franco’s verdict on Franco’s film? Franco’s character, Alien, is totally awesome, and the film itself is a magnificent spectacle.

Franco begins the article with a loving paean to the character Alien, played with apparent expert magnificence by Franco.

“Here’s the end of it all, and I’ll tell you why: because there will never be a movie or a character that is more important for this age than ‘Spring Breakers’ and its protagonist Alien,” Franco says in his love letter to his own oeuvre.

According to Franco, the supreme nature of his character was confirmed by none other than “Grizzly Man” director Werner Herzog, who told him, “Three hundred years from now, when people want to look back at dis time, dey won’t go to the Obama inauguration speech, dey will go to ‘Spring Breakers.'”

As for the film itself, Franco opines, it’s “like trance music in movie form. It is liquid. Scenes flow in and out of each other. A scene will start and then the imagery will jump to another, sometimes from the past, other times from the future, while the audio from the initial scene continues to play through.”

Watch your back, Leonard Maltin; there’s a new kid in town.