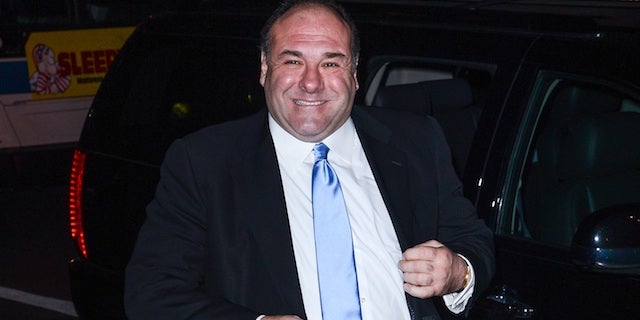 James Gandolfini's death at 51-years-old hit the industry like a ton of bricks on Wednesday.

"The Sopranos" star died while on vacation in Rome, an HBO spokeswoman confirmed to TheWrap. Cause of death hasn't been confirmed, though reports have said he died of possible heart attack.

We're all in shock and feeling immeasurable sadness at the loss of a beloved member of our family. He was special man, a great talent, but more importantly a gentle and loving person who treated everyone no matter their title or position with equal respect. He touched so many of us over the years with his humor, his warmth and his humility. Our hearts go out to his wife and children during this terrible time. He will be deeply missed by all of us.

"Our hearts are shattered and we will miss him deeply," the actor's managers, Mark Armstrong and Nancy Sanders, said in a joint statement. "He and his family were part of our family for many years and we are all grieving."

Gandolfini had recently filmed "Criminal Justice" for HBO, which had received a limited series order.

Hollywood poured its condolences out on Twitter. Here's a sample of the reactions.

James Gandolfini. You created an icon. And you cut to black way too abruptly. Thank you, and rest in peace.

Arrivederci, James Gandolfini. You were one of the great greats. We'll miss your dangerous, big heart. #RIPGandolfini

James Gandolfini played one of the greatest anti-heroes in TV history to perfection. I'm forever a fan. #RIP

I met Gandolfini once after he saw me in a play and his describing a gesture I did on stage is one of my most cherished compliments ever.

I'm truly heartbroken to hear that James Gandolfini has passed away. He is one of my all time favorite actors. Tragic loss.

James Gandolfini was a terrific actor. This is awful news.

R.I.P James Gandolfini. One hell of an actor.

RIP James Gandolfini, one of the nicest guys I've ever met

Jim Gandolfini was my friend. I saw him Friday. When I went to shake his hand & wish him a good trip, he gave me a big hug. I'll miss him.

Jesus. The world just lost one of its great actors. James Gandolfini has passed away. Thoughts to his family. Such a talent. I'm saddened.

James Gandolfini on "Inside The Actors Studio": one of the most inspiring interviews about acting I have ever seen. http://t.co/mNeUqzw8E6

Just heard TV icon James Gandolfini has died. I'm shocked. I'm sad. I loved his work. My heart goes out to his family.

James Gandolfini has died. http://t.co/gLnmml57fU He was a strong supporter of this breast cancer research charity. http://t.co/47uARR5m4o

I wish this wasn't true but, sadly it is. James Gandolfini has died. Four horrible words for so many of us! There's a hole in the universe!

R.I.P James Gandolfini. My prayers to his family and friends. He will certainly be missed by us who loved watching him

Gandolfini's Tony Soprano was one of the most nuanced, layered gangsters ever caught on film. His acting and Matt Weiner's words were magic

James Gandolfini. This is a tremendous loss. A brilliant actor and a wonderful man. Our deepest sympathies to his family. Devastating.

So sad to lose James Gandolfini. One of the sweetest, funniest, most generous actors I’ve ever worked with. Sending prayers to his family.

Thoughts and prayers go out to James Gandolfini's family. Just so f**cked.

awful awful news. James Gandolfini will be missed. He was a great actor. Just great.