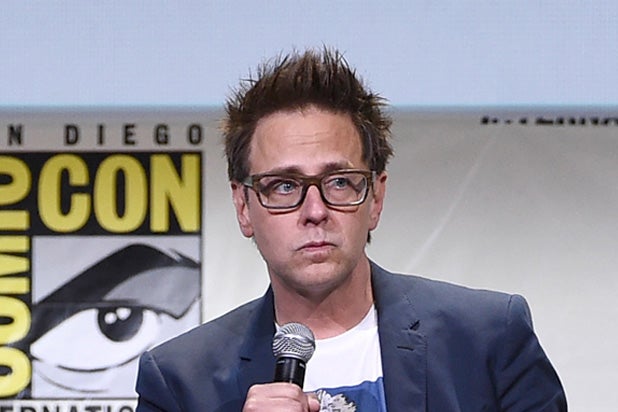 “Guardians of the Galaxy” director James Gunn is “saddened” that Martin Scorsese, one of Gunn’s favorite filmmakers, has dismissed Marvel movies as “not cinema” and compared them to “theme parks.”

On Friday, Gunn responded to an interview that “The Irishman” filmmaker gave to Empire magazine, in which he said he “tried” to watch the Marvel movies but couldn’t get through them.

“Martin Scorsese is one of my 5 favorite living filmmakers. I was outraged when people picketed ‘The Last Temptation of Christ’ without having seen the film. I’m saddened that he’s now judging mine in the same way,” Gunn tweeted on Friday.

Also Read: James Gunn Thanks Disney for His 'Guardians' Return: 'I Am Always Learning'

“That said, he’s added as much to cinema as anyone and I’ll always love him, and I can’t wait to see ‘The Irishman,'” he added in a follow-up tweet.

“Honestly, the closest I can think of them, as well made as they are, with actors doing the best they can under the circumstances, is theme parks,” Scorsese said of the Marvel movies specifically. “It isn’t the cinema of human beings trying to convey emotional, psychological experiences to another human being.”

Gunn also clarified however in response to a commenter that he was wasn’t comparing the religious protests that followed “The Last Temptation of Christ” to his own superhero movies.

“Joker,” which opens this weekend, is inspired by Scorsese’s films “The King of Comedy” and “Taxi Driver” and even stars Scorsese’s long-time collaborator Robert De Niro.

Check out Gunn’s tweets below:

Martin Scorsese is one of my 5 favorite living filmmakers. I was outraged when people picketed The Last Temptation of Christ without having seen the film. I’m saddened that he’s now judging my films in the same way. https://t.co/hzHp8x4Aj8

That said, I will always love Scorsese, be grateful for his contribution to cinema, and can’t wait to see The Irishman.