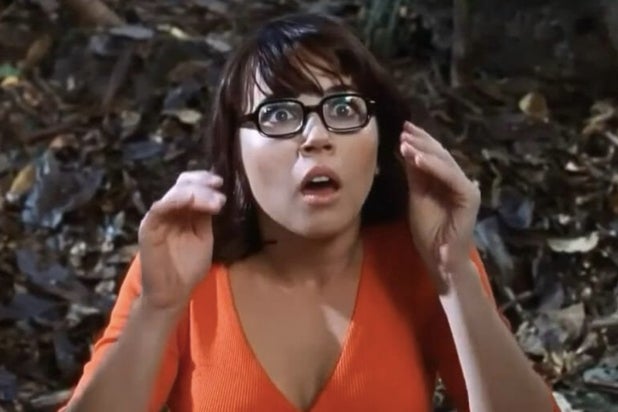 Everyone’s favorite orange turtleneck-wearing, book-toting crime solver Velma Dinkley was supposed to be openly lesbian in James Gunn’s script for the 2002 “Scooby-Doo” feature film, but Gunn said Warner Bros. repeatedly shot the idea down and eventually wrote Velma as having a boyfriend.

Responding to fans on Twitter calling for a “Scooby-Doo 3” movie, Gunn was asked if he would make fans’ “live-action lesbian Velma dreams come true.” Gunn replied, “I tried! In 2001 Velma was explicitly gay in my initial script. But the studio just kept watering it down & watering it down, becoming ambiguous (the version shot), then nothing (the released version) & finally having a boyfriend (the sequel).”

Gunn added that the studio even filmed some scenes where Velma was openly gay, but the scenes were cut. Piggybacking off the recent #ReleaseTheSnyderCut fan movement that eventually got Zack Snyder’s edit of “Justice League” enough momentum to become a full-fledged release, fans on Twitter are now calling on the studio to #ReleaseTheGunnCut of “Scooby-Doo.” (Note: Gunn was a writer on the 2002 film and its 2004 sequel before going on to direct hits like “Guardians of the Galaxy” and “The Suicide Squad.”)

The producer of animated series “Scooby-Doo: Mystery Incorporated” Tony Cervone also said he had plans to reveal Velma was queer throughout the show’s 2010-2013 run, but the show was canceled before Velma’s character could develop a relationship with her fellow female sleuth, Marcie Fleach. Cervone, who also recently directed “Scoob!” for Warner Bros., responded to a fan in June who asked about Velma’s sexuality and said, “I’ve said this before, but Velma in Mystery Incorporated is not bi. She’s gay.” Cervone posted a pride-themed graphic with Velma and Marcie pictured together in June, which kicked off the debate.

Throughout “Mystery Incorporated” show’s run, Velma does date Shaggy, but the relationship was incredibly awkward, a decision that was intentional on Cervone’s part, he said, because the show had plans to have Velma officially come out later in the series. “We always planned on Velma acting a little off and out of character while she was dating Shaggy because that relationship was wrong for her and she had unspoken difficulty with the why,” Cervone said.

I tried! In 2001 Velma was explicitly gay in my initial script. But the studio just kept watering it down & watering it down, becoming ambiguous (the version shot), then nothing (the released version) & finally having a boyfriend (the sequel). ???? https://t.co/Pxho6Ju1oQ