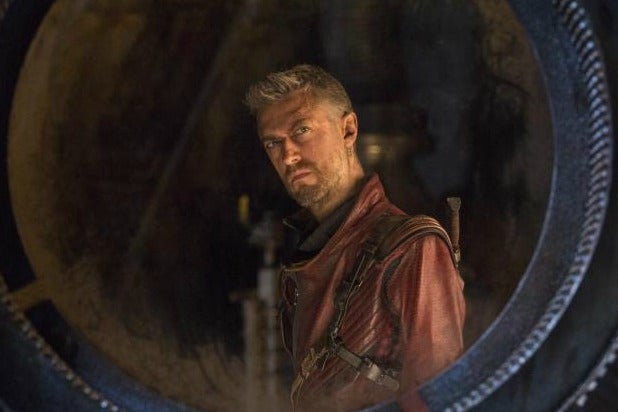 “Guardians of the Galaxy” actor Sean Gunn came to the defense of his brother, “Guardians” director James Gunn, in a series of tweets Friday and Saturday.

On Friday, Sean Gunn retweeted a profile in which James Gunn talked about his questionable jokes and tweets from earlier in his life, and how he’d grown as a person away from the need to do that, largely thanks to his work with Marvel.

And on Saturday, he discussed how James Gunn had changed across his life and career, specifically because of his work within the Marvel Cinematic Universe and the “Guardians” movies.

“Working on these movies made my brother a better person, and they made me one too,” Sean Gunn wrote. “I’m proud of that.” Sean Gunn plays Kraglin in the “Guardians” movies, and also serves as the on-set stand-in for Rocket.

Also Read: Dave Bautista, Others Defend James Gunn: 'I Am NOT OK With What's Happening'

On Thursday, right wing Twitter personality Mike Cernovich started posting a series of James Gunn’s old tweets, which Gunn soon deleted. Online sleuths subsequently dug up dozens of other old tweets, many from between 2008 and 2011.

“I saw firsthand as he went from worrying about ‘softening his edge’ for a larger audience to realizing that his ‘edge’ wasn’t as useful a tool as he thought it was,” Sean Gunn wrote Saturday. “I saw that he was more open-hearted than the guy than the guy who needed to get a rise out of people by making nasty or offensive jokes.

James Gunn’s defenders, like his brother, have been vocal on social media in the day since his ouster. That included “Guardians” star Dave Bautista, who said Friday that “James Gunn is one of the most loving, caring, good natured people I have ever met. He’s gentle and kind and cares deeply for people and animals. He’s made mistakes. We all have. I’m NOT ok with what’s happening to him.”

Comedian Patton Oswalt and “Ant-Man and the Wasp” actor David Dastmalchian also spoke out in defense of Gunn.

See Sean Gunn’s full comments about his brother, and the “Guardians of the Galaxy” films, below.

2. Since he was a kid, it was clear he had a desire (maybe destiny) to be an artist, tell stories, find his voice through comics, films, his band. The struggle to find that voice was sometimes clunky, misguided, or downright stupid, and sometimes wonderful, moving, and hilarious.

4. I saw firsthand as he went from worrying about "softening his edge" for a larger audience to realizing that his "edge" wasn't as useful of a tool as he thought it was. That his gift for storytelling was something better.

6. In many respects this change in my brother was reflected in the change that the Guardians go through. I've heard my brother say many times that when Quill rallies the team with "this is our chance to give a shit"–to care–that it's the pep talk he himself needed to hear.

8. This isn't new information, by the way. It's all stuff that James has explained many times in interviews, in more detail and more eloquently. It's not some new spin. It's always been part of the story.

10. Working on those movies made my brother a better person, and they made me one too. I'm proud of that. Peace.