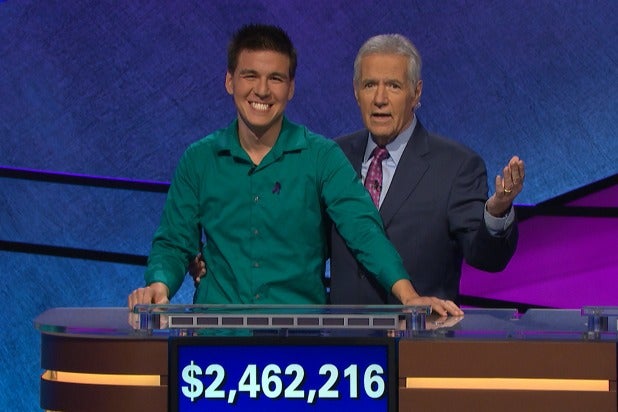 Former “Jeopardy!” contestant James Holzhauer has donated a portion of his $2,462,216 winnings to a charity that raises money for pancreatic cancer — in Alex Trebek’s name.

Trebek, who has publicly addressed his battle with Stage 4 pancreatic cancer, thanked Holzhauer’s daughter Natasha for a handmade “get well soon” card she’d given him during an her father’s final episode of “Jeopardy!”

That spurred Ann Zediker, a resident of Naperville, Illinois who watched Holzhauer during his run on the game show, to reach out and invite him to come walk in a pancreatic cancer walk she founded in honor of her late father, who died of the same illness.

Holzhauer couldn’t attend the walk, but he decided to donate to the cause — he gave the charity $1,109.14, a number that references his daughter’s date of birth.
The donation was made in Trebek’s name; the “Jeopardy!” host announced in May that he is “near” remission.