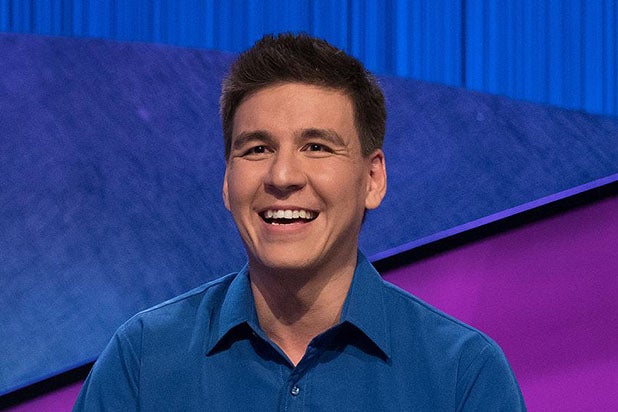 Though $325,000 might sound like a long way for Holzhauer to go, he could get there as early as next week, according to Jeopardy.com.

Titled “James Holzhaer vs. Ken Jennings by the Numbers,” the video displays infographics comparing the game show’s two biggest champions. Some of the most compelling statistics include their response accuracy rates — on average, Holzhauer’s responses have been 97% accurate, while Jennings’ were only 91% accurate. Over the 74 games Jennings played, his average daily winnings were $34,064 — over the 28 games Holzhauer has played, his average daily winnings are $78,413. It took 27 games for Jennings to amass $868,960 in winnings, while Holzhauer made it to $2,065,535 in that time. As it stands now, Holzhauer has a total of $2,195,557.

It’s worth noting that Holzhauer is only about five games away from beating Jennings’ record even if he just sticks to his single-day winnings average of $78,413. His all-time highest single-day score was $131,127, according to Jeopardy.com.