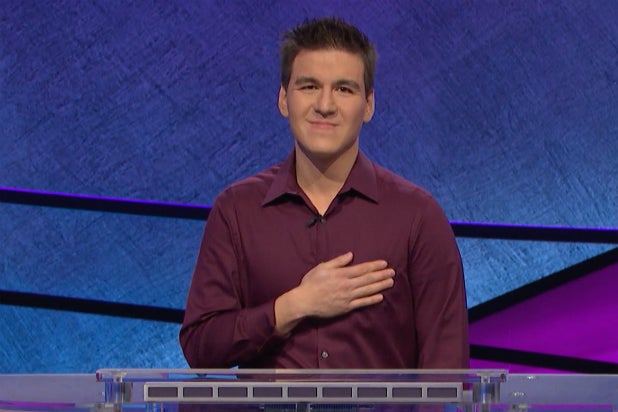 How much has James Holzhauer’s “Jeopardy” run captivated America? Enough to snap “Judge Judy’s” insane 40-week winning street in syndication ratings. You read us right — so much for that (modern day) record.

“Jeopardy” scored a 6.7 household rating in the week ending April 21, growing 5% from the previous week and reaching a six-week high. “Judy,” which aired all reruns, averaged a 6.5, down 3% from the prior week.

“Judge Judy” was one of several shows that was not seen in its entirety in numerous markets due to news of the April 15 Notre Dame Cathedral fire and the April 18 public release of the Mueller Report.

Want to talk incredible syndication-ratings streaks? “Dr. Phil” topped the talk show category for his remarkable 137th week in a row, so that crazy run is still intact.

Pro gambler Holzhauer keeps winning games and breaking records. As of Monday, Holzhauer has won 18 games in a row for a grand total of $1,329,604 in winnings. Ken Jennings still holds the “Jeopardy” record for win-streak (74 games) and prize money ($2,520,700 in winnings).

Holzhauer barely eked out a victory on Monday’s episode, winning Final Jeopardy by just $18. He was visibly relieved after the win, putting his head in his hands.

Next week is May sweeps, good luck everybody! You too, Holzhauer.