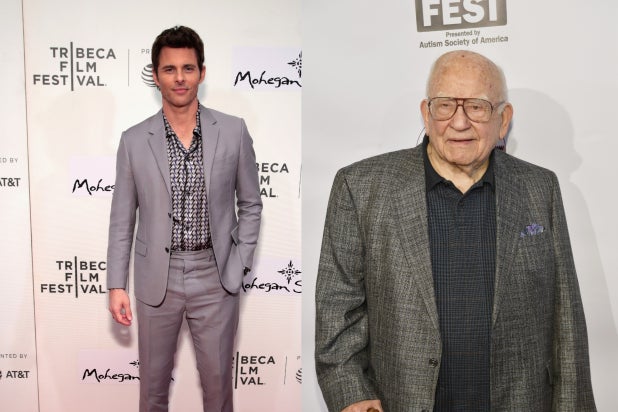 James Marsden and Ed Asner are joining Christina Applegate and Linda Cardellini on Netflix’s upcoming comedy, “Dead to Me.”

Penned by showrunner Liz Feldman, “Dead to Me” hails from Will Ferrell and Adam McKay’s Gloria Sanchez Prods. and CBS TV Studios. The series was handed a 10-episode series order by Netflix.

“Dead to Me” is described as a comedic “Big Little Lies,” centering around a powerful friendship that blossoms between Jen (Applegate), a tightly wound widow, and Judy (Cardellini), a free spirit with a shocking secret.

Marsden, who stars on HBO’s “Westworld,” will play a love interest to Judy, who seems confident and logical, but beyond that facade is a vulnerable man with a complicated past who is drawn to Judy’s big heart and free spirit. Asner, meanwhile, will portray Abe, a resident at the assisted living facility where Judy works. Described as quick-witted and sharper than most, he and Judy share a sweet bond and often lean on each other to get through life’s twists and turns.

Feldman and Applegate are executive producing “Dead to Me,” alongside Ferrell, McKay and Jessica Elbaum. Filming on the series is set to begin this fall in Los Angeles.

The series reunites Applegate with her “Anchorman” co-star Ferrell and McKay, who directed the film and its sequel, “Anchorman 2: The Legend Continues.” It’s her first starring TV role since the short-lived NBC comedy, “Up All Night.” Before that, she toplined another short-lived sitcom, “Samantha Who?” for ABC. On the small screen, Applegate is most known for portraying Kelly Bundy on Fox’s “Married … With Children,” which ran for 11 seasons.