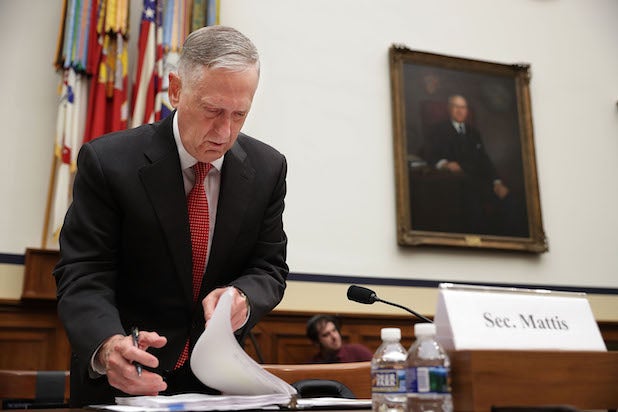 The Pentagon has issued new guidance that would allow transgender troops serving in the military to re-enlist in the coming months while the department figures out how to enforce President Trump’s ban, the Associated Press reports.

In a memo Friday, Defense Secretary James Mattis told military leaders that the Pentagon would put together a high-level panel led by the deputy defense secretary and the vice chairman of the Joint Chiefs of Staff to formulate a plan on how to enforce Trump’s ban on transgender soldiers.

In the meantime, transgender troops will be allowed to serve, Mattis said.

In July, the president announced on Twitter that he would reinstate a ban on transgender service members, which was lifted by former President Barack Obama last year.

The tweet sparked a backlash from both sides of the isle and prompted confusion at the Pentagon, which was not warned of the decision ahead of time.

History shall record that you are not only the stupidest, most incompetent president ever, but also the cruelest and pettiest. #Shame pic.twitter.com/8R4jVOIYmd

Are you TRYING to be an asshole? https://t.co/QW9axAScmO