James Michael Tyler, the actor best known for playing Gunther on “Friends,” the waiter at Central Perk who had a massive crush on Rachel, died Sunday morning in his Los Angeles home, his manager Toni Benson confirmed. Tyler was 59.

In September 2018, Tyler was diagnosed with advanced prostate cancer, which later spread to his bones. “Wanting to help as many people as possible, he bravely shared his story and became a campaigner for those with a prostate to get a first PSA blood test as early as 40 years old,” Benson said.

Tyler joined the iconic series in 1994 and appeared in 150 episodes over its 10 years, becoming sort of the seventh “Friend.”

Tyler made a brief appearance via Zoom when the cast of “Friends” got together in May 2021 for an HBO Max reunion special. “It was the most memorable 10 years of my life, honestly,” he said during the show. “I could not have imagined just a better experience. All these guys were fantastic and just a joy to work with. It felt very, very special.” 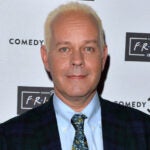 That role brought him fame, but Tyler’s loved ones knew him as an actor, musician, cancer-awareness advocate and loving husband; a lover of live music and his Clemson Tigers.

“If you met him once you made a friend for life,” Benson added.

In addition to to his work on “Friends,” Tyler also appeared in “Just Shoot Me!,” “Sabrina the Teenage Witch,” “Scrubs” and “Episodes,” which starred his former “Friends” costar Matt LeBlanc.

While undergoing treatment, Tyler continued to perform, starring in two short films – “The Gesture and the Word” and “Processing” — and winning Best Actor awards at various domestic and international film festivals in the process. Earlier this year, his spoken word performance of Stephen Kalinich’s poem “If You Knew” was adapted into a short video to raise awareness for the Prostate Cancer Foundation.

Michael is survived by his wife, Jennifer Carno, “the love of his life, ever united in good times, in sickness, and for eternity,” as Benson put it.