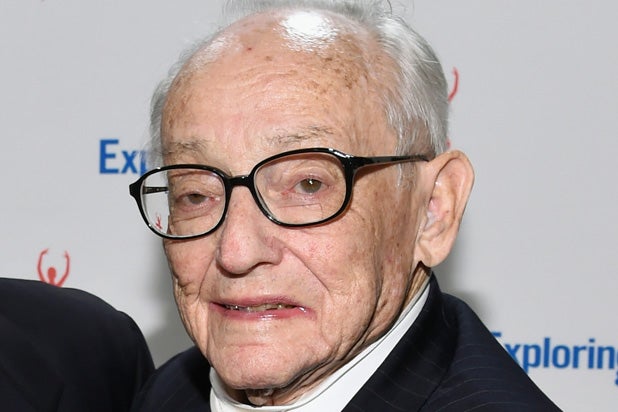 Nederlander Organization chairman James M. Nederlander has died at the age of 94, TheWrap has learned.

The patriarch of the great theater family and company produced more than 100 plays and musicals for Broadway, including “Annie,” “La Cage Aux Folles” and “Sweet Charity,” while his company owns many theaters, including the Richard Rodgers in New York City, home of “Hamilton,” and the Pantages in Los Angeles.

“He was my best friend, and partner in every aspect of our business,” said his son James. L. Nederlander, President of the Nederlander Organization, in a statement. “We collaborated every day. The world has lost one of its great impresarios.”

The Nederlander Organization is described as one of the largest private live entertainment companies in the world that encompasses venue ownership and management, theatrical producing and concert presentation, merchandising, concessions and patron services.

Nederlander first purchased the Palace Theater in Manhattan in 1946, and now the organization owns the Brooks Atkinson, Gershwin, Lunt-Fontanne, Marquis, Minskoff, Nederlander, Neil Simon and Richard Rodgers in New York; the Auditorium and Bank of America Theatres, Broadway Playhouse, Cadillac Palace and Oriental Theatres in Chicago; the Pantages in LA; and in London, the Adelphi, Aldwych and Dominion Theatres.

In lieu of flowers, the family is asking donations be made to the Nederlander Research Foundation at Columbia Presbyterian Hospital, or the Actors Fund of America in the name of James M. Nederlander.