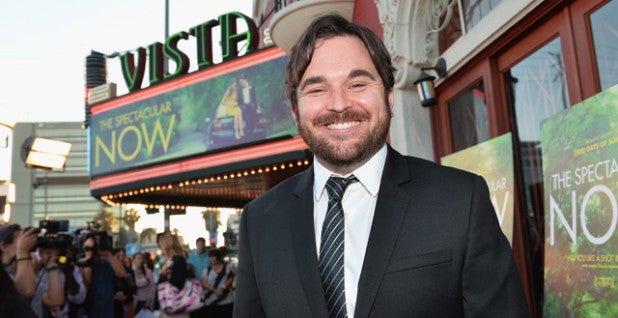 James Ponsoldt is preparing to move from one author to another, as the filmmaker behind the David Foster Wallace movie “The End of the Tour” is in negotiations to direct the F. Scott Fitzgerald biopic “West of Sunset” for Sidney Kimmel Entertainment, TheWrap has learned.

Ponsoldt, who made waves in 2013 with his YA drama “The Spectacular Now,” is planning to tackle the “Great Gatsby” author, who arrived in Hollywood in 1937 hoping to parlay his success into a screenwriting career, though he ultimately died just three years later.

Stewart O’Nan wrote the novelized biography, which jumps between Fitzgerald’s days as a famous author who called Ernest Hemingway a friend, and those he spent toiling away on the MGM lot where he met Hollywood stars such as Humphrey Bogart.

SKE is nearing a deal to option the book, which Ponsoldt plans to adapt to direct when he comes up for the air. The acclaimed filmmaker is also prepping the Tom Hanks movie “The Circle,” based on the novel by Dave Eggers.

Also Read: 6 Actresses Who Should Play Hillary Clinton in 'Rodham'

Judging by “The End of the Tour,” Ponsoldt is the perfect filmmaker for a movie about Fitzgerald, who was just as complicated, troubled and brilliant as Wallace. “Tour,” which A24 releases in July, is one of the best films ever made about writing and the nature of writers. The art of writing, as well as the love of reading, can be difficult to dramatize onscreen, but with the help of playwright Donald Margulies and strong performances from Jason Segel and Jesse Eisenberg, Ponsoldt pulls it off and makes it look easy.

“The Circle” may be shaping up to be Ponsoldt’s next project, but “West of Sunset” is just as exciting as the other biopic that Ponsoldt is attached to direct — “Rodham,” the movie about a young Hillary Rodham Clinton.