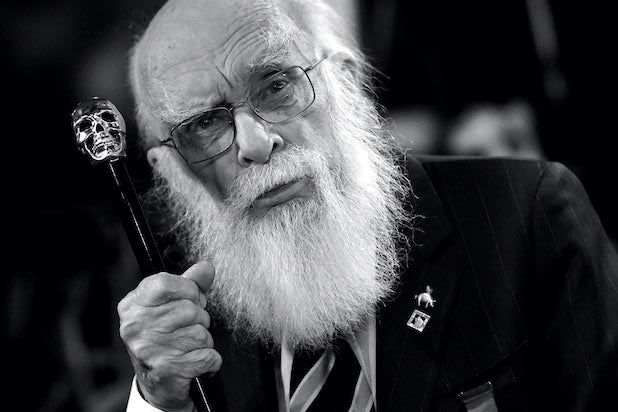 James Randi, a famed magician known as “The Amazing Randi” and a scientific investigator who debunked sensational claims of paranormal and occult occurences — has died. He was 92.

The James Randi Foundation announced his passing in a tweet, saying he died of “age-related causes” on Tuesday.

Randi was remembered on Wednesday by magician Penn Jillette in a pair of tweets as an “inspiration, mentor and dear friend.”

Randi, born Randall Zwinge, got his start as a magician and escape artist, fleeing jail cells or safes and even emerging from a coffin on the “Today” show in 1956. He would later host his own television show from 1967 to 1968. In the ’70s, he performed a special for Canadian TV in which he escaped from a straitjacket while suspended upside down over Niagara Falls.

Randi even helped spice up the theatricality of rock star Alice Cooper, advising on the creation of the guillotine stage prop Cooper used and touring with him in the ’70s. And throughout his career as a magician, he became a regular guest on “The Tonight Show Starring Johnny Carson” and on the children’s television show “Wonderama.”

By age 60, Randi had retired from magic and was one of the co-founders of the Committee for Skeptical Inquiry, or CSI. The committee responded to a rise of interest in the paranormal in the ’70s and promoted scientific inquiry and critical thinking in the investigation of extraordinary or controversial claims.

Among one of Randi’s more famous instances as a debunker — a word he said he disliked in favor of “investigator” — was of the religious televangelist Peter Popoff, who became famous in the mid-’80s for televised healing sermons in which he seemed to know intimate details of random attendees. Randi discovered that Popoff was using an electronic transmitter to get information about his subjects broadcast to him by his wife behind the scenes, and he then exposed the preacher on “The Tonight Show.”

In 1996 he founded the James Randi Educational Foundation, a non-profit group that encouraged and educated the public and media on vetting unverified and outlandish claims, later launching the One Million Dollar Paranormal Challenge for people who could demonstrate paranormal abilities under agreed-upon scientific testing conditions. While over 1000 people have applied, no one has proved their supernatural strength. The New York Times described the trials in detail in an article republished back in 2014.

Randi retired from the foundation at age 87, but the group continues to make grant donations to other non-profit groups that encourage critical thinking.

Randi is survived by his husband, Deyvi Peña.

Goodbye to the truly Amazing James Randi, our inspiration, mentor and dear friend. We will love you forever. @jref pic.twitter.com/bwgvWnvcoD

The last picture of me and Randi. I can’t type through the tears. This will be a hard day of making tv. I love you Randi. You invented us. pic.twitter.com/z2SKY59Jtb