“[I] just spoke with James’ wife,” Weinberg wrote. “he checked himself into the hopsital (sic) with chest pains last night. had a heart attack at 4am and nothing could be done. 53 years old. I am heartbroken, and angry, and devastated. one of the best people I’ve ever known.”

Rocchi began freelance writing in 1996 and, according to LinkedIn, was hired at MSN as an on-camera reporter and film critic in 2008, a position that made him a familiar face at press junkets and film festivals. 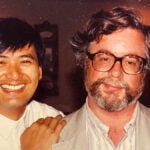 Rocchi’s towering height, dapper fashion sense, booming voice and unfailingly good humor (and manners) made him a standout among entertainment writers. However, the strain of turning puffy celebrity interviews into substantial pieces and covering an increasingly corporatized entertainment landscape led him to turn away from journalism in 2015. One of his final pieces was a still-quoted examination of what Rocchi called “The Marvel-Industrial Complex.”

Rocchi wrote for many outlets over the course of his career, including Netflix (he was their in-house critic when they had such a position), Indiewire, The Guardian, the Los Angeles Times and BBC.com, among many others. He wrote film reviews for TheWrap in 2014 and 2015, his final outlet before leaving the media, first to launch a venture as a commercial baker and then as an English teacher for the Los Angeles Unified School District, where he worked for the last five years. 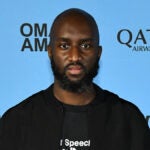 Film Twitter erupted Sunday with heartfelt and affectionate reminiscences of Rocchi, remembering his wit and talent, his sartorial sense, his generosity to young and up-and-coming entertainment writers, and his absolute (but always polite) fury aimed at anyone who tried to use their cell phone during a film screening.

Editor’s note: A previous version of this obituary erroneously listed Rocchi’s age as 53.