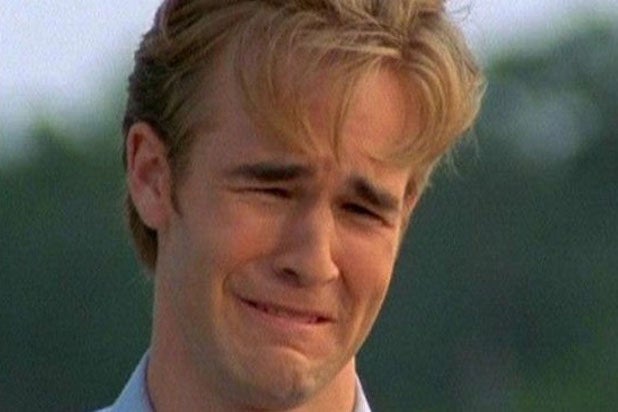 “Dawson’s Creek” was basically the “This Is Us” of the late ’90s and early ’00s. If you weren’t crying your eyes out by the end of an episode we’ll just assume you were dead inside. And that’s mainly because the characters themselves bawled a lot. But only Dawson’s tears had the honor of being turned into one of the most viral memes ever.

“I feel like everybody on this show cried more than I did and I was the one who got caught in the loop!” James Van Der Beek said of a popular “Crying Dawson” meme in a recent cast reunion interview with Entertainment Weekly.

“It’s not how many times you cried. It’s how you cried,” Joshua Jackson, who played Pacey, added.

Also Read: Sorry, 'Dawson's Creek' Fans, You Probably Won't Get a Reboot -- But You Might Get a 'Reinvention'

But it’s cool, cause Van Der Beek knows how to laugh through the tears.

“I love it. It’s my favorite thing about the whole show,” he said, jokingly. “It’s hilarious to me that you can work for six years on a show … and it gets boiled down to three seconds. It’s a perfect way-of-the-internet.”

Michelle Williams had no idea what they were talking about during this interview — so you also get the pleasure of watching her discover the creation for the first time, courtesy of Busy Philipps phone.