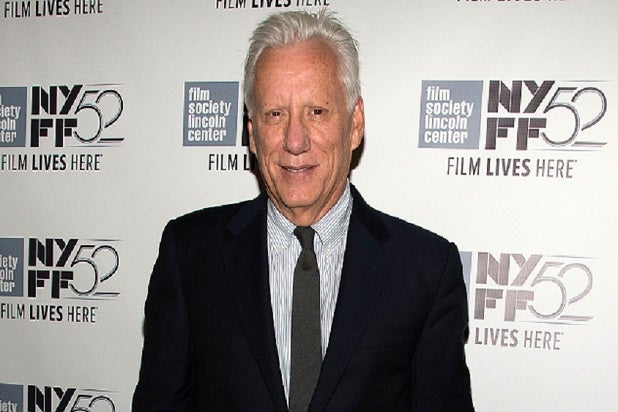 Chalk this up to a bit of fake news from the real-estate sector.

“Once Upon a Time in America” actor and noted conservative James Woods took to Twitter on Sunday to shoot down reports that he was retiring from acting, reports that originated with Woods’ real-estate agent.

Woods also has some bad news for his fans: He also has no intention of running for political office in California, no matter how much they might want him to.

Taking a page from Mark Twain, Woods told his Twitter followers on Sunday that “The reports of my retirement are greatly exaggerated …”

Reports of Woods’ retirement began circulating after news broke that the actor is selling one of his four Rhode Island homes for $1.39 million. As part of the listing, Woods’ agent, Allen Gammons, said in a news release that Woods is retiring from acting and is looking to “simplify his life” by selling “his many real estate holdings on both coasts.”

It seems like Gammons might have complicated Woods’ life instead, as Woods was prompted to set the record straight on social media.

While Woods was busy setting the record straight on his future, the actor bluntly asserted that he has no interested in running for politics in California.

Perhaps bolstered by the false reports of Woods’ retirement, fans of the actor began calling foe the actor to run for Congress.

“#WoodsForCongress @RealJamesWoods WE LOVE YOU SIR! YOU WOULD MAKE A STRONG ALLY OF PRESIDENT TRUMP,” read one call for Woods to enter the political fray.

“You really should think about running,” another encouraging tweet read. “You can’t be bought and you actually think about every issue.”

Alas, it appears that a Congressman James Woods won’t be a reality any time soon.

“I sincerely appreciate the thought, but I would rather drink battery acid than be involved in California politics,” Woods responded.

The reports of my retirement are greatly exaggerated… (???? to Mark Twain)

#WoodsForCongress @RealJamesWoods WE LOVE YOU SIR! YOU WOULD MAKE A STRONG ALLY OF PRESIDENT TRUMP @realDonaldTrump pic.twitter.com/S4x9ePVfGw

I sincerely appreciate the thought, but I would rather drink battery acid than be involved in California politics. https://t.co/cxFsi4eVhX