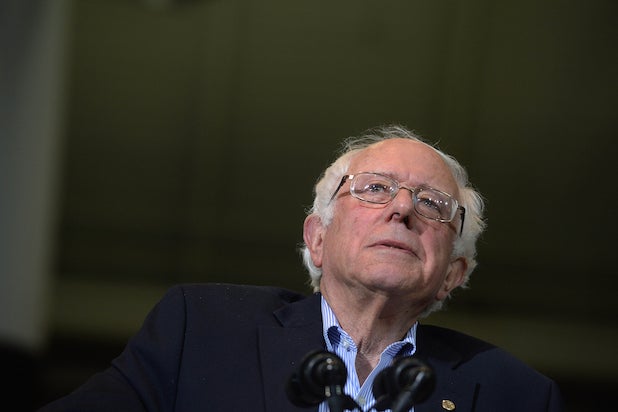 The “Once Upon a Time in America” star and outspoken conservative put Vermont senator and Democratic presidential candidate Sanders on blast via Twitter Monday, tearing into the politician and calling him an “utter moron.”

Woods hurled the insult in response to a tweet sent by Sanders that read, “China – not exactly seen as a model when it comes to human rights – provides 14 weeks of paid maternity leave. The US provides zero.”

The actor chimed in with a thought on China’s population control methods, which he apparently has a problem with.

Woods later took another shot at Sanders, linking to a story about the politician’s spending plan and noting, “Of course he has a scorpion in his own pocket, but LOVES other people’s money.”

Oooh … did you feel that, Bern?