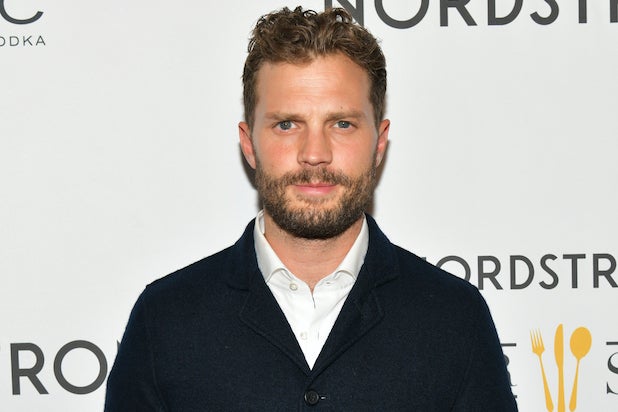 Jamie Dornan has been cast as the lead of “The Tourist,” a limited series from BBC One and HBO Max.

Harry and Jack Williams are writing the series, which follows one man’s search for his identity. Along with Dornan, the six-episode show will star Danielle Macdonald, Shalom Brune-Franklin and Hugo Weaving.

“The Tourist,” which will be filmed in Australia, centers on a British man (Dornan) who finds himself in the glowing red heart of the Australian outback being pursued by a vast tank truck trying to drive him off the road. An epic cat and mouse chase unfolds and the man later wakes in hospital, hurt, but somehow alive. Except he has no idea who he is. With merciless figures from The Man’s past pursuing him, his search for answers propels him through the vast and unforgiving outback.

Also Read: HBO and HBO Max Combine for More Than 41 Million US Subscribers

Macdonald will play as Helen Chambers, a fledgling probationary constable, Brune-Franklin is set as Luci, a waitress who’s swept into The Man’s journey for answers, and Weaving will be Agent Lachlan Rogers, one of the most highly regarded detective inspectors in Australia, leading Major Crime for the state police.

“Harry and Jack’s talents are as vast as the Australian outback, and this thriller will leave viewers on the edge of their seat piecing together the puzzle,” said Jeniffer Kim, Senior Vice President, International Originals, HBO Max. “We are delighted to have Jamie, Danielle, Hugo and Shalom join the cast for this compelling addition to our slate of international original series.”

“The Tourist” is a Two Brothers Pictures (an All3Media company) production for the BBC, in association with Highview Productions, All3Media International, the South Australian Film Corporation, HBO Max, Stan and ZDF. Harry and Jack Williams executive produce the series alongside Christopher Aird and Andrew Benson for Two Brothers Pictures and Tommy Bulfin (“Normal People,” “Line of Duty,” “Peaky Blinders”) for the BBC. Lisa Scott (“A Sunburnt Christmas,” “The Hunting”) will produce and Chris Sweeney (“Liar,” “Back to Life”) will executive produce and direct. International sales will be handled by global partner All3Media International.