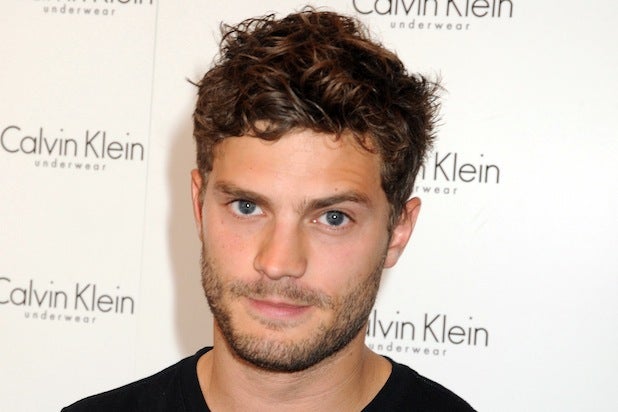 On the same day that Beyonce dropped a teaser for “Fifty Shades of Grey” on Instagram, the film’s hunky star Jamie Dornan has secured his first job since landing the coveted role of Christian Grey, as he’ll join Bradley Cooper in a new Weinstein Company movie.

John Wells is directing from a screenplay by Steven Knight. Michael Shamberg and Stacey Sher are producing with Erwin Stoff.

Dornan’s casting was first revealed by the Daily Mail, which reports that the film’s title has changed from “Chef” to “Adam Jones,” likely due to confusion with Jon Favreau’s indie hit “Chef.”

Cooper will star as a hot-shot chef who returns to London in search of a third Michelin star after stepping away from the kitchen for several years.

Emma Thompson and up-and-coming talents such as Lily James (“Cinderella”) and “The Fifth State” stars Daniel Bruhl and Alicia Vikander have also joined the cast, which includes Sienna Miller and Omar Sy.

Dornan’s past feature credits include Sofia Coppola’s “Marie Antoinette,” though he’s best known for playing a serial killer on “The Fall” and a sheriff on “Once Upon a Time.”

“Fifty Shades” finds Dornan dominating Dakota Johnson, who plays the submissive younger woman Anastasia Steele. Luke Grimes co-stars as his brother in the film, which was directed by Sam Taylor-Johnson.

A longer “Fifty Shades” trailer will debut on Thursday, and the suspense is killing all of us!