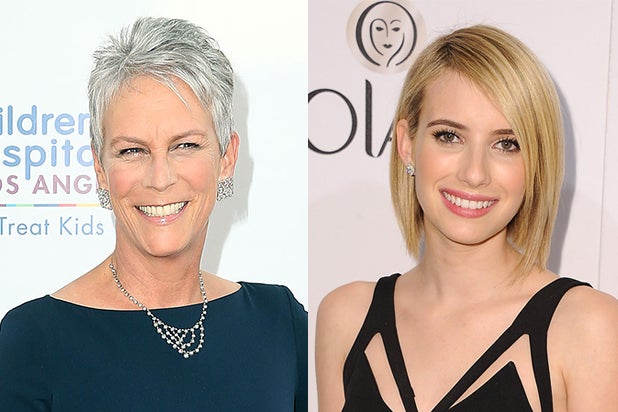 Jamie Lee Curtis and Emma Roberts were cast as the leads in Fox’s new horror-comedy “Screen Queens” on Monday, a spokesman from the network told TheWrap.

The anthology series, which comes from “Glee” creators Ryan Murphy, Brad Falchuk and Ian Brennan, centers around a university campus plagued by a series of murders. “Scream Queens” is slated to kick off its 15-episode first season in the Fall of 2015.

Both actresses have a slew of legitimate horror credits. Curtis, one of film’s original scream queens, was stalked famously by Michael Myers in John Carpenter‘s 1978 horror classic “Halloween.” The actress would reprise the role four more times throughout the popular franchise. More recently, the Emmy-nominated actress starred in the “Veronica Mars” movie and on a handful of episodes of Fox’s “New Girl.”

Roberts has starred “Scream 4” in addition to co-staring on Murphy and Falchuk’s other horror anthology series, FX’s “American Horror Story.” The actress had major roles in both the “Coven” and “Freak Show” installments.