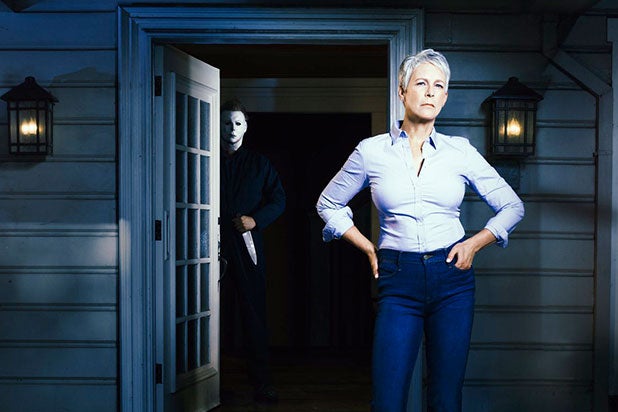 Strode will have her final confrontation with Michael Myers, the masked figure who has haunted her since she barely escaped his killing spree four decades ago.

David Gordon Green and Danny McBride are scripting the film, due on Oct. 19, 2018, and Green is directing. John Carpenter, master of the original 1978 “Halloween,” is executive producing. Jason Blum is producing alongside Malek Akkad. “Halloween” will be distributed worldwide by Universal Pictures.

The “Halloween” remake arrives during a renaissance for horror, fueled not only by “Get Out” but by the record-breaking debut this month of “It,” the film adaptation of King’s novel that also spawned a 1990 TV miniseries.

Earlier this week, Blum told TheWrap the long-awaited production will hit theaters next October — and he was willing to bet his hand on it.

She is represented by CAA and PMK*BNC.