Amid all the bombshells dropped at the Tuesday hearing of the Jan. 6 Special Committee, Rep. Liz Cheney left one for the end – disclosing two cases of possible witness tampering by pro-Trump officials within the White House.

After nearly two hours of testimony from former top aide Cassidy Hutchinson – who painted a picture of a chaotic, indifferent White House as the riots unfolded – Cheney said the committee had received transcripts quoting two Trump insiders who said associates have contacted them to put on the screws.

Reading from those transcript, Cheney said:

“What they said to me, as long as I continue to be a team player, they know I’m on the team, I’m doing the right thing, I’m protecting who I need to protect, you know, I’ll continue to stay in good graces in Trump World,” she read. “They have reminded me a couple of time that Trump does read transcripts and just to keep that in mind as I proceeded through my depositions and interviews with the committee.” 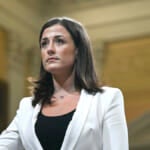 Another said: “[A person] let me know you have your deposition tomorrow. He wants me to let you know that he’s thinking about you. He knows you’re local, and you’re going to do the right thing when you go in for your deposition. … I think most Americans know that attempting to influence witness to testify untruthful presents very serious concerns. We will be discussing these issues as the committee carefully considers our next steps.”

Cheney suggested that the committee was looking into the pressure campaign, but did not lay out its plan for investigation. 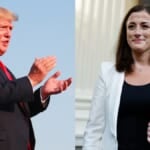 Co-chair Benny Thompson wrapped the session by asking anyone with knowledge who might have “found the courage” to testify come forward to the committee, which is still gathering evidence.

The committee was expected to reconvene in July.