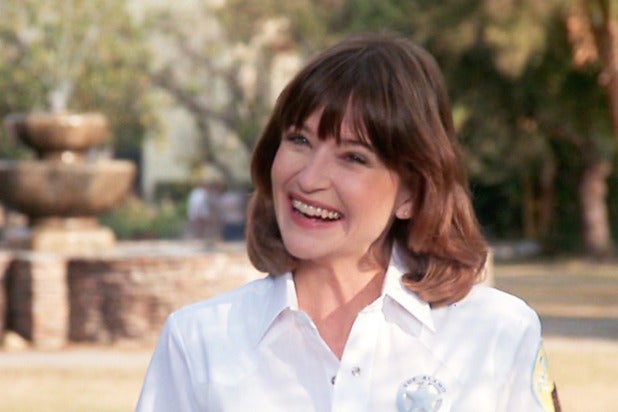 Hooks died in New York City during the morning. She was suffering from an undisclosed serious illness, according to reports.

Her most recent television role was as a recurring guest star on “30 Rock,” playing the part of Jenna Maroney’s mother, Verna. Hooks was a cast member on “SNL” from 1986 to 1991, helping reinvigorate the show, along with other newcomers Phil Hartman and Dana Carvey, with her impressions of Kathie Lee Gifford, Diane Sawyer and Hillary Clinton and doing characters including Candy Sweeney of “The Sweeney Sisters” sketches.

Before “SNL” the Decatur, Ga.-born Hooks cut her comedy chops with Los Angeles’ The Groundlings troupe and appearing on HBO’s comedy series “Not Necessarily the News.”

She also appeared on “3rd Rock from the Sun,” which she was nominated for a guest actress Emmy, and provided voices for “The Simpsons” and “Futurama.”

In 1985, she had a memorable turn as a cheery, gum-snapping tour guide at the Alamo in “Pee-Wee’s Big Adventure,” leading her group in laughter when Paul Reubens‘ Pee-Wee asks to see the basement where a psychic had told him he could find his missing bicycle.

With a bright smile, she crushes his spirits, telling him, “There’s no basement at the Alamo!”