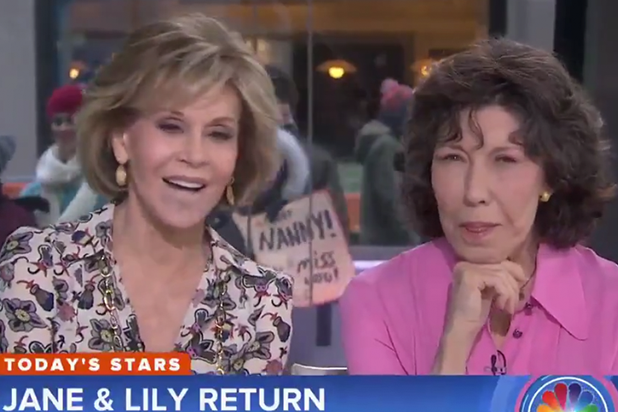 Jane Fonda jumped on the opportunity to take a shot at Megyn Kelly on the “Today” show Tuesday morning after her co-star joked about plastic surgery.

Fonda and her “Grace and Frankie” co-star Lily Tomlin spoke with Hoda Kotb and Savannah Guthrie about the fourth season of their Netflix comedy, and spoke about their 50-year friendship. “I knew you before your first face-lift,” Tomlin joked.

Before changing the subject, Fonda snapped back, “Who are you, Megyn Kelly?” to uproarious laughter from the “Today” hosts and crew in the background.

Jane Fonda had quite the response to Lily Tomlin's facelift comment pic.twitter.com/2qUUxReqiy

Fonda was referring to her appearance on Kelly’s hour of “Today” back in September. During that appearance, Fonda had an equally powerful snapback when the host asked her about “work” she’s had done.

“We really wanna talk about this right now?” Fonda said to the former Fox News star.

Kelly tried to course-correct, saying, “Well, one of the things people think about when they look at you, is how amazing you look.”

But the Oscar-winning star offered only a curt reply. “Thanks,” Fonda said. “Good attitude. Good posture. Take care of myself.”