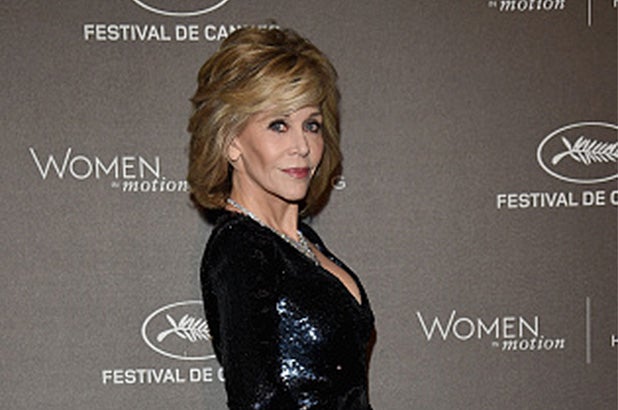 Actress Jane Fonda offered words of encouragement about evening the gender scales in Hollywood on Sunday, and urged the entertainment industry to make sure that “the narrative of 51 percent of us is represented.”

The legendary Fonda, 77, and as stunning as she was articulate, accepted the first “Women in Motion” award at the Cannes Film Festival, launched by the luxury and fashion company Kering.

She accepted the award at a glittering dinner overlooking the Cannes harbor, presented by Festival President Pierre Lescure and Kering CEO Francois-Henri Pinault. It is critical, she said, that “creators, artists, decision-makers are making sure” that the half of the population that is women is represented in story-telling.

“Women see things differently,” she said. “We just do.”

And if women are not represented on screen, she said, “then women watching in the darkened theaters will feel that they aren’t seen….. And men will be robbed of reality.”

She called the award “great encouragement to women in the film industry.”

Fonda, who is currently starring in the Netflix series “Grace and Frankie” opposite Lily Tomlin, is also featured in the “Youth,” which is in competition at the festival.

Screen legend Olivia de Havilland was also honored, though she was not present.

Megan Ellison, producer of “Zero Dark Thirty,” “The Master” and other arthouse gems, received a “Women in Motion” award, and said in accepting the award: “I don’t believe in many things but art is one of them.”

She added: “Art belongs to the many.”