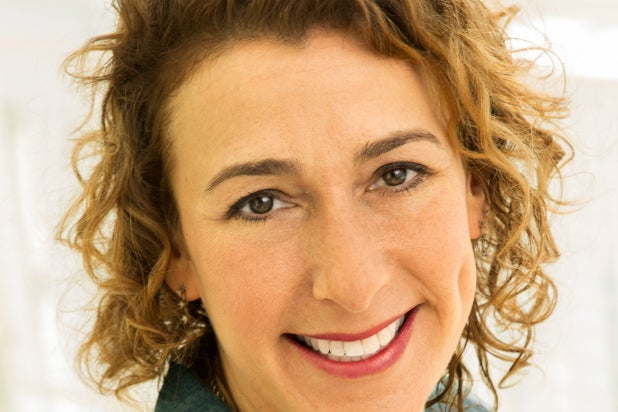 Jane Latman has been named general manager of Travel Channel. She carries the same title at Destination America.

“Jane is an unrivaled force in the television industry whose visionary creativity, natural leadership skills and passionate belief in collaboration make her one of the most, deservedly, respected executives in the industry,” said her boss, Henry Schleiff. “I’m continually impressed by her ability to cultivate content that converts viewers into passionate fans – and, move a brand forward — a trait that will undoubtedly make her a successful steward at Travel Channel.”

Latman is also an executive vice president of Development and Research at Discovery’s ID and American Heroes Channel. She’ll continue to work in Silver Springs, Maryland.

Below is Latman’s full bio, per Discovery, Inc.:

Jane Latman has worked in non-fiction television for more than 20 years and has been at Discovery, Inc. since 2003, when she joined the programming department for what was then the Discovery Times Channel. After a stint in development for the Military Channel, Latman was tapped to help transition Discovery Times to Investigation Discovery, giving her the challenging privilege of designing content for the network that would ultimately propel it to astounding growth. Many of her series have become the network’s top hits, including “Homicide Hunter: Lt. Joe Kenda,” “On the Case with Paula Zahn,” “A Crime to Remember,” the “American Murder Mystery” franchise, “Web of Lies,” “Killer Instinct with Chris Hansen,” “Vanity Fair Confidential,” “Deadline: Crime with Tamron Hall” and “Disappeared.” Latman also developed the critically acclaimed documentary film Into the Abyss and subsequent television series “On Death Row” with legendary filmmaker Werner Herzog.

As general manager of Destination America, Latman oversees the development, production, scheduling, research, marketing, communications, and online efforts for this growing brand. Under her stewardship, the network successfully launched paranormal programming hits such as “Paranormal Lockdown,” “Ghost Brothers,” and “Ghosts of Shepherdstown.”

Previously, Latman was general manager at Discovery Life Channel where she championed the network’s transition from Discovery Fit & Health and oversaw a diverse slate of lifestyle and medical programming, including the groundbreaking series “New Girls on the Block,” the first television series to embed with a group of friends within the transgender community.

Prior to joining Discovery, Latman was a freelance producer, director, and writer for projects that included the award-winning series “Nurses” for Discovery Health Channel and “Understanding Obesity” for The Learning Channel’s acclaimed “Understanding” series. She also did development work for a variety of ventures including PBS’s miniseries “Stealing Time: The Science of Aging.”

Before launching her television career, Latman was a freelance theater director in Washington, D.C. An adventure-seeker at heart, Latman travels often with her husband and son.