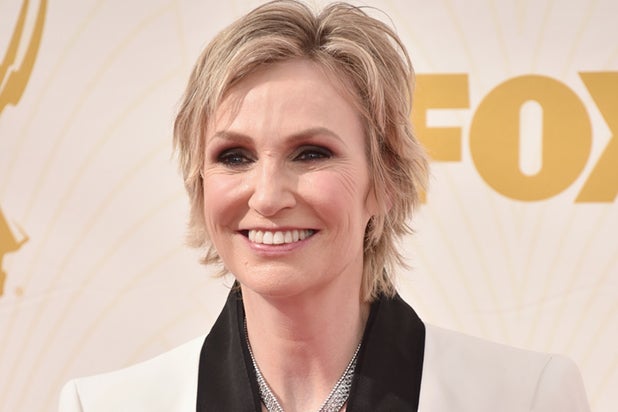 Jane Lynch has been cast in NBC’s comedy pilot “Relatively Happy,” in a role that was originally written for a man, the network announced Tuesday.

“The part was originally written as a man, until we realized the best PERSON for the job was Jane Lynch,” the show’s executive producers Max Mutchnick & Jeff Astrof said in a statement.

“Relatively Happy” follows an adult brother (Henry – Jon Rudnitsky) and sister (Heather – Genevieve Angelson) wind up living together for the first time since they were kids, after one of them suffers a big loss. They become each other’s wingman, shoulder to cry on, best friend and punching bag as they navigate love, loss and work while helping to get each other “un-stuck.”

Mutchnick & Astrof wrote the pilot, which will be directed by James Burrows. Mutchnick, Astrof and Burrows are executive producers of the pilot, from Too Mutch Ink and Barge Productions in association with Warner Bros. Television.

Lynch, best known for roles on “Glee” and “Two and a Half Men,” is also the host of NBC’s “Hollywood Game Night” reality series.