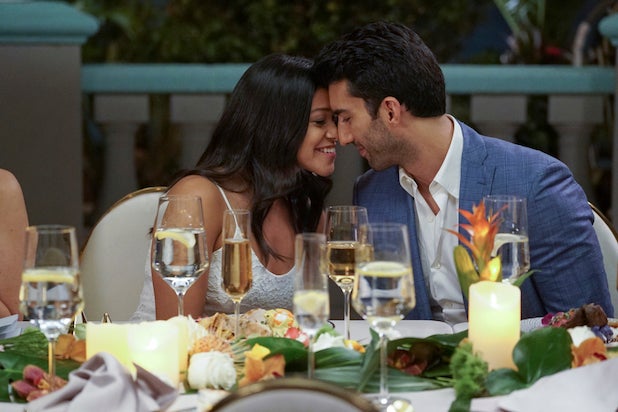 (Warning: This post contains major spoilers for the “Jane the Virgin” series finale)

And now, friends, we’ve come to the end of “Jane the Virgin,” and in classic telenovela fashion, the story closed with our titular heroine, played by Gina Rodriguez, getting her happy ending: marrying Rafael (Justin Baldoni), the father of her son Mateo and the man destiny has been pushing her toward since the pilot.

Actually, everyone close to Jane got what they wanted (or what they didn’t know they wanted, but needed). Petra (Yael Grobglas) reunited with J.R. (Rosario Dawson), Rogelio (Jaime Camil) achieve crossover fame as a star in the U.S., Xiomara (Andrea Navedo) was brave enough to move with Rogelio to New York City, and Alba (Ivonne Coll) glowed watching how much her daughter and granddaughter have grown up.

Also Read: 'Veronica Mars' Creator on What That Finale Twist Could Mean for Leo and Veronica

All of this joy was the goal for “Jane the Virgin” creator Jennie Snyder Urman, who told TheWrap the reason she decided to resolve The CW drama’s main conflicts — Michael (Brett Dier) officially letting go of Jane, the series-long villain Rose (Bridget Regan) being killed off — before the finale was because she wanted the ending to be happy, plain and simple.

“I wanted it to feel like a happy ending,” Urman said. “I really didn’t want you to feel stressed while you were watching it like, ‘Will they make it to the aisle or will they not?’ I wanted it to be more of a celebration of the journey, hitting some of the different moments we continuously come to in our finales, like the bus. And I wanted to be able to take time with the family on the porch swing.”

“And I felt the way we structured every season, we end with these really big cliffhangers and it leaves a lot of anxiety for the next season, and I didn’t want to bring that energy to the end,” she continued. “I felt the audience has stuck with us through these twists and turns and ups and downs and the promise at the end is you get to this happy ending, because it’s a telenovela, because the good people are meant to get what they deserve and the villains get punished, and now it’s time to celebrate family.”

The series finale may have been less surprising than the four season closers that came before it, but it give us two rather significant reveals, the first being that Mateo grows up to become The Narrator (voiced by Anthony Mendez) who has been telling this whole time, a plot point Urman came up with back in Season 1.

“In the first season it kind of landed there,” Urman told TheWrap. “So it’s been that for so long, but I didn’t have it when I wrote the pilot, I waited until I really thought about the series and imagined all the parts of it once I knew that it was going forward. So it was in that first year that I decided he would become a voiceover artist. I think also because of how integral Anthony was in the course of the show and how important he was in terms of the storytelling and in terms of the audience’s experience of the show, and the connection between the audience and the show — so I felt like I really wanted to think about who he would be in the course of the narrative. And because I knew how it was going to end, I felt it afforded a way for the show to connect back to the family, and to Mateo, and for us to get another layer toward the end.”

The second twist was that Jane ends her book — based on her own life — with their story becoming a telenovela, and thus turning it into the show you’ve been watching. (We know!) However, this part was probably less of a shock to fans than a satisfying bookend.

“It’s not like a big, giant reveal, really,” Urman said. “The Narrator is constantly saying, ‘This is a telenovela, after all.’ Or he doesn’t like a music cue and will change it, or type something else on the screen. He’s always been in this very self-aware state. So it’s really confirmation that what you’ve been watching is what we’ve told you you’ve been watching.”

The one truly non-shocking moment was Jane and Rafael tying the knot, as Urman has been setting these two up as the endgame pairing from the moment Jane got artificially inseminated with Raf’s sperm.

“Always from the beginning I knew it would end here, but that’s a complicated thing ’cause I also knew Michael and Jane were going to get married in the middle of it, and that meant Michael was gonna be the one for her, for a while,” Urman said. “I just knew that by the time we got to the end end of the show, it would be Rafael because of the setup, because we promised that ending of these two people who were brought together because of fate or destiny, had this baby under the most extremely strange of circumstances and then ended up together.”

Now when it comes to if Urman will ever bring “Jane” fans more of the story, she told us this: “Never say never, but I’m really looking at this as the ending.”