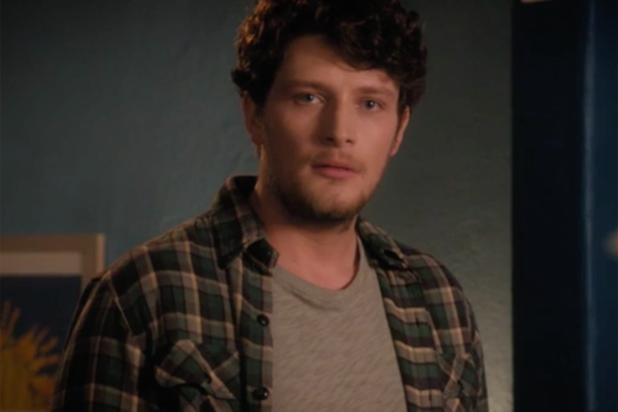 (Warning: This post contains spoilers for Wednesday’s Season 5 premiere of “Jane the Virgin.”)

Friends, we are happy to say that Wednesday’s premiere of the fifth and final season of “Jane the Virgin” revealed that yes, that is Michael Cordero Jr. (Brett Dier) who was standing in front of Jane (Gina Rodriguez) at the end of the Season 4 finale last spring.

What we aren’t happy to say is that, while he’s definitely Michael and he’s definitely not dead, he also definitely thinks he’s Jason: a man from Montana with a strange accent who doesn’t remember Jane at all because he has amnesia.

Yes, we know! It was a lot to take, both for you and the now-possibly-un-widowed Jane, of course.

So TheWrap spoke with “Jane the Virgin” creator Jennie Snyder Urman about how she and the other writers devised tonight’s complicated backstory, in which Rose fakes Michael’s death by slowing his heart rate, paying EMT drivers to take him away, and blackmailing a morgue pathologist with a gambling problem to sign his death certificate.

And to top it all off, Rose made sure Michael got electroshock therapy to wipe his memory and had him dropped in the middle of nowhere.

“We knew we would have to rationalize something,” Urman told TheWrap. “Something believable, so amnesia. Then we’re like, ‘OK, he has amnesia!’ Now that’s true and we work back from there. And someone who doesn’t know anything about themselves and thinks maybe they got into some trouble or something, as Jason says, would be very hesitant about giving very much to anybody and trying to find out anything about themselves. He doesn’t know if he’s a good guy or a bad guy.”

The CW drama’s creator says she knew fans wouldn’t forgive Michael — who has been *dead* since halfway through Season 3 — if he left Jane by choice, so that was just not an option.

Also Read: 'Jane the Virgin' Characters 'Probably' Won't Appear on Spinoff, Creator Says - at Least, 'Not in the First Year'

“Michael would never leave Jane and let her go through grief, so that is where writing a believable explanation this got complicated,” Urman said. “And even if you’re saying Rose was threatening her family or her, he could have said, ‘I’m gonna leave forever and you have to get over it and grieve me.’ But Michael would never just have abandoned Jane with no explanation. And I knew he wouldn’t do that. But I understand why it’s a question fans have had during the hiatus — what happened to Michael and how could he have let Jane believe he was dead? And we just knew we couldn’t make a move where Michael did that to Jane. So we have instead this plausible — albeit crazy — story after a great big shock within this world we’ve created, which is a fairy tale. Lowercase F.”

Now that you’ve met the stiff Jason and are surely missing the charming Michael, Urman says “the comic premise of, ‘What if he’s just not that into Jane?” combined with the fact Jane is “being torn apart” over this turn of events will soon come to a head.

And that, friends, is where we leave you this week.

“Jane the Virgin” airs Wednesdays at 9/8c on The CW.