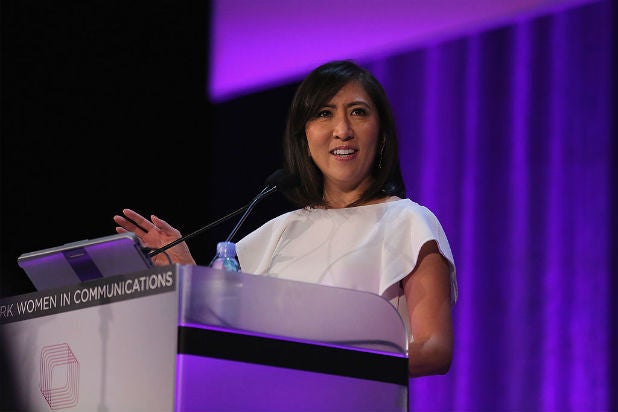 “Janice Min will be leaving Quibi,” a Quibi spokesperson said in a statement. “We thank her for her leadership and wish her well as she embarks on her next chapter.”

Min joined Quibi in September 2018 and was in charge of the company’s daily news shows. Quibi declined to comment on what led to Min’s exit.

CNN’s Brian Stelter was the first to report the news.

The Los Angeles-based company has already greenlit dozens of shows from a who’s who of stars, including Justin Timberlake, Jennifer Lopez, Tyra Banks, Don Cheadle, Stephen Curry, Anna Kendrick, Idris Elba, Lorne Michaels and Seth Meyers, among others. Quibi shows will only be available on mobile devices and will run no longer than 10 minutes. The app will cost viewers $4.99 per month for ad-supported viewing, or run $7.99 for ad-free viewing.

In an interview with TheWrap earlier this summer, Quibi CEO Meg Whitman outlined the company’s three-level content strategy, with “Daily Essentials,” Min’s focus, coming in at bottom as the “anchor” of the service.

“Those are lower lead-time productions, effectively curating news, sports, e-gaming, celebrity news, horoscopes, the best of late-night, curating things that you have to work hard to find on the internet in a convenient way for this millennial audience,” Whitman said.

Quibi will also produce “Lighthouses,” which are movies broken into 10-minute increments, and “Quick Bites,” which are its entertainment shows.