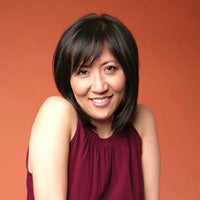 Min was formerly the high-profile editor-in-chief of Us Weekly, where her contract negotiations with Jann Wenner were tabloid fodder in New York.

Min, who took over the top job at Us in 2003 when Bonnie Fuller jumped to Star magazine, was making a reported $2 million a year — a figure Wenner wasn’t willing to pay again. Min left Us last July.

The move by e5 has been awaited with expectation within Hollywood, which has observed the severe decline of the once-dominant trade.

E5 bought The Hollywood Reporter last December along with Billboard and other Nielsen-owned trade publications.

The hire of Min, along with the recent hire of former OK! publisher Lori Burgess, seemed to suggest a tilt toward celebrity news for the traditionally business-oriented trade.

In an interview with TheWrap, e5 CEO Richard Beckman said this was not necessarily the case.

"I think if you judge people by what they’ve done in the past, that’s an easy statement to make," he said "My intention is to make this the leading vehicle covering the entertainment industry. Yes, celebrity is part of that, but it’s not the fundamental charter here."
Min’s position is a new one, and will cover editorial leadership of various platforms.  "Print to digital to tv to events will fall under her," said Beckman. Editor Elizabeth Guider will report to Min.
But whatever her celebrity status on the New York media landscape, Min is an unknown entity within the clubby world of Hollywood, and does not come from the world of business reporting.
Beckman said this was not an issue. "She understands the entertainment industry. She may not have run a business to business publication, but she truly understands the entertainment industry. I have 100% confidence in her ability to bring together strong team and strong vision."
In an interview, Min said she was likely to keep Elizabeth Guider as editor." I just walked out of very pleasant meeting, I met Elizabeth and two other staffers who came to New York," she said. "I think they’re excited to have a direction."

Asked if Min was likely to replace Guider, Beckman demurred. "We didn’t replace anyone today," he responded. "With the vision I have for the brand and the business, we wanted someone over all the platforms. I’m very pleased with my choice."

Min said she was not worried about not having experience in the non-celebrity side of Hollywood, or particular expertise in business journalism.

"I strongly believe as an editor your skills are about recognizing good stories, recognizing opportunity, managing your beat. So I feel 100% confident about doing that with Hollywood versus the personalities that Hollywood produces," she said.

Min recently sold her apartment in Manhattan for a reported $7.3 million. Beckman said she would be moving to Los Angeles.

Beckman said he was not ready to announce whether the Reporter would abandon its daily print product and move to a more high-end weekly read as he has previously discussed. "We’re still exploring that," he said. "I think ‘platform agnostic’ is what I want to say."

Min’s hiring is also another sign that the Reporter is edging in a more consumer-friendly direction. Last month, Beckman named ex-OK! publisher Lori Burgess as his replacement for Eric Mika, who was ousted at the end of March.

Since her Us exit, Min had been reportedly looking for opportunities in the digital space, including pitching a rumored project with Ben Silverman’s Electus to several companies, including AOL. She also wrote a yet-to-be-published book, “From Mousewife to Momshell.”

Prior to Us, Min served as assistant managing editor at In Style. She’s also held positions at Life magazine and People.