During the episode, former Florida journalist Rochelle Herman-Walrond — who helped bring Fogle to justice — played recordings of conversations in which the pair discussed a party which would be attended by numerous children, including Herman-Walrond’s son and daughter.

“Jared wanted to me to plan a party,” Herman-Walrond told host Phil McGraw. “He wanted me to set up my children, but along with their friends and their friends’ siblings.”

“Very, very nice” Fogle is heard saying in response to the party plans. “I mean, I definitely want to see your kids naked too, okay?” 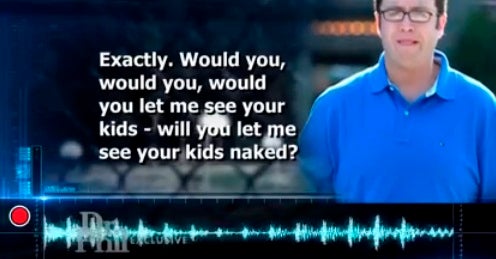 During the episode, Herman-Walrond also detailed how Fogle had asked about placing cameras in the bedrooms of her children.

“What if we, what if we put a camera in your kids’ room, would they be okay with that?” Fogle is heard saying in the recordings. “Would you rather have it in your son or your daughter’s room?”

Also Read: How Jared Fogle's Sex Scandal Could Come Back to Bite Subway

In the recordings, Fogle discussed his desire for middle-school girls, saying, “I love the middle schools and that … Girls are starting to get (expletive), you know. Cause you know how much I love big (expletive). You know I love huge (expletive).”

He also said that “early middle school” is a prime age for targeting children, because “they don’t know if they’re coming or going.”

In the recordings, Fogle also coached Herman-Walrond —  who turned the recordings over to the FBI as they built a case against Fogle —  on how to gain children’s trust, instructing her to “get to know ‘em .. you know, do little touchy, feely things with them.”

During Friday’s interview, Herman-Walrond also recalled Fogle telling her about a trip to meet up with a six-year-old girl. 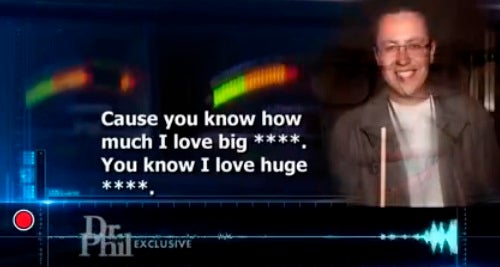 “At one point he called me and was telling me about a six-year-old little girl. And that he was flying over to see her,” she said, adding that the conversation led her to believe that the girl’s parents were complicit.

Fogle pleaded guilty in August to receiving and distributing child pornography, as well as engaging in an unlawful sex act with a minor.

As a condition of the plea deal, Fogle agreed to a sentence of no less than five years in prison, and the government will not seek a sentence longer than 12 and a half years. However, a judge could give him a longer sentence. He will also undergo treatment for sexual disorders upon his release and will register as a sex offender.

Fogle has paid out $1 million in restitution to his victims so far, in the form of $100,000 checks to 10 of his victims over the past several weeks, the Associated Press reports. He still has to pay out a total of $400,000 to his remaining four victims.