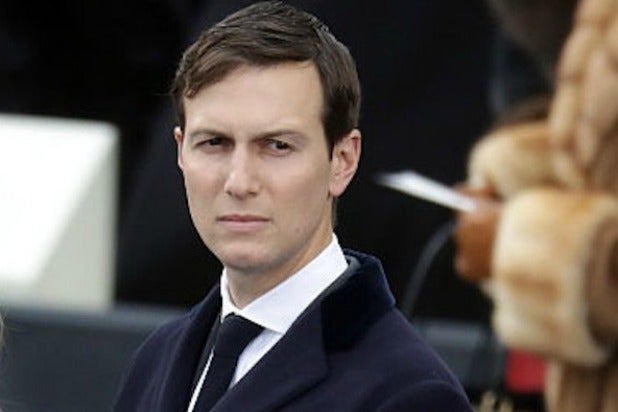 Jared Kushner, the by all accounts male senior adviser to President Donald Trump, is registered to vote as a woman, and naturally Twitter could not refrain from launching jokes.

Kushner is recently under fire for using his private email account to send messages to government officials and in tune with Trump’s call to put Hillary Clinton in jail for doing the same, Twitter began crying “lock her up!” … in reference to Kushner this time though.

Others on Twitter began using this new information to defend Trump against criticisms of misogyny.

“Hope all you libtards saying Trump only hires men to top positions feel stupid after learning that Jared Kushner is a registered woman voter,” wrote one Twitter user.

Some people were just confused as to how to refer to Kushner upon learning this new bit of information.

“Do I use “he” or “she” when referring to Jared Kushner now?” asked a concerned Twitter user.

Read some of the best responses below.

The good thing about Jared Kushner being a woman is that he can drive now while getting peace in the Middle East.

jared kushner mistakenly registered to vote as a woman, luckily he's not involved in any detail oriented wor — whats that? the middle east? pic.twitter.com/pnHzfsxi9A

BREAKING- Mike Pence advising Jared Kushner go to conversion therapy after finding out he is a lesbian.

So Jared Kushner is either really, really bad at filling out forms or he's one shady fucken lady… ????

So Jared Kushner is a woman who uses a personal email account for Government business? Trump supporters… all together now “LOCK HER UP!”

Trump can't be a misogynist. He hired Jared Kushner.

Do I use "he" or "she" when referring to Jared Kushner now?