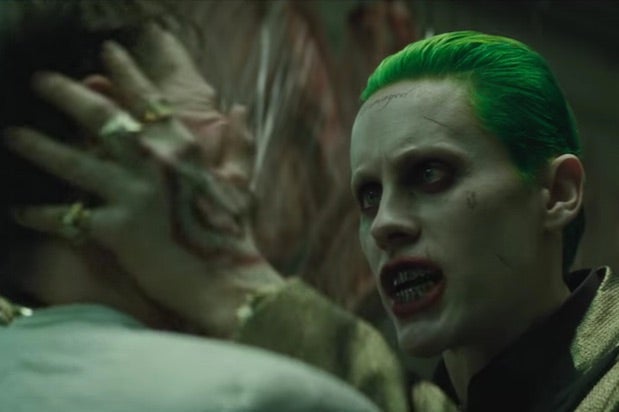 Jared Leto, who plays the laugh-happy baddie The Joker in “Suicide Squad,” revealed Tuesday that he had gifted his co-stars on the comic-book movie with some unusual — and, frankly, icky — presents.

Naturally, the follow-up question was, which lucky stiffs received the soiled sperm-catchers?

“Oh, everybody,” Leto shot back.

But lest anybody think that Leto is just a weird sicko who sends people his spent prophylactics, the actor explained that it was all in service to the craft.

Also Read: Jared Leto Teases 'Something Different' for The Joker in 'Suicide Squad'

“I did a lot of things to create a dynamic, to create an element of surprise, spontaneity,” Leto said. “If you really break down any kind of wall that may be there .. I mean, the Joker is somebody who doesn’t really respect things like personal space or boundaries.”

Leto’s “Suicide Squad” co-star Will Smith added, “Jared has gone full Joker … he really set the tone. He wasn’t playing with it.

“He really jarred the rest of us into, ‘OK, OK, he’s not fooling around, so we really need to get it right,” Smith added.

Mission accomplished, Leto. But memo to readers: If you’re looking to hire a clown for your kid’s birthday party, it’s probably best to look elsewhere.