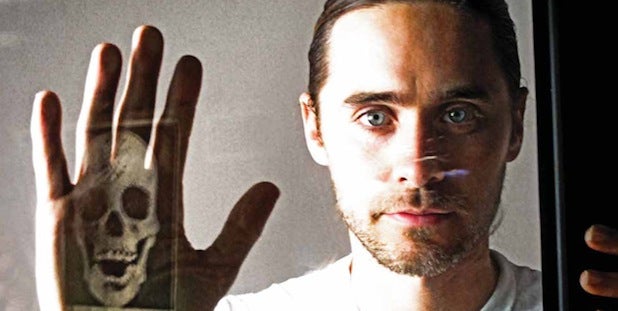 The film can now be pre-ordered on iTunes in advance of its debut on all leading VOD platforms on Dec. 3, 2013.
Telling harsh truths about the modern music business, the documentary gives intimate access to singer/actor Jared Leto (“Dallas Buyers Club”) and his band Thirty Seconds to Mars as they fight a relentless lawsuit with record label Virgin/EMI and write songs for their album “This Is War.” Opening up his life for the camera during months of excruciating pressures, Leto reveals the struggles his band must face over questions of art, money and integrity.

Also Read: Why Jared Leto Dropped His Guitar and Put on a Skirt for ‘Dallas Buyers Club’

“I hope that artists and audiences watch this film and get a greater understanding of how things really work in the record industry, because understanding is the beginning of change. And whether they like it or not, change is coming,” said Leto. “We battled a massive record corporation, challenged an entire industry, fought for our creative lives, and it was worth every single second. We put everything we had worked so hard for on the line. It was life or death. It was war.”

“‘Artifact’ is a powerful and brutal examination of the music industry from the perspective of one of the most creative bands today,” added Scott Kaplan, FilmBuff’s head of distribution. “The battle Thirty Seconds to Mars went through is one that is just as relevant to filmmakers as it is to musicians and we’re extremely proud to be standing behind this affecting film.”

The film will be available on Dec. 3 on all leading broadband Video On Demand platforms including iTunes, Amazon Instant Video, Google Play, Xbox Video, Sony Playstation, Cinemanow and Vudu.

Also Read: Jared Leto on How He Lost 40 Lbs for AIDS Role: ‘I Stopped Eating’

“Artifact” had its world premiere at the 2012 Toronto International Film Festival, where it won Blackberry’s People’s Choice Documentary Award before winning the audience award at the 2012 Gotham Independent Film Awards. It then went on to play at DOC NYC and SXSW.