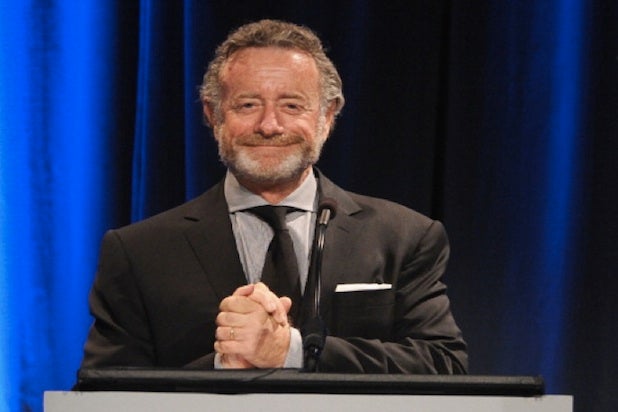 Jarl Mohn, chairman of Southern California Public Radio, has been tapped as the new president and CEO of NPR, the non-profit’s board of directors announced Friday.

The philanthropist and media industry veteran will take over for Paul G. Haaga Jr., who’d been the interim chief executive officer and president since last year. Mohn becomes the fourth CEO for the company since January 2009. Gary Knell resigned last August after just 21 months in the job. Vivian Schiller resigned in 2011 after a series of controversies.

“We are delighted to welcome Jarl, whose background as a successful media executive and innovator makes him ideally suited to lead NPR as it continues to expand its reach and play a unique role in public service journalism and cultural programming,” said Kit Jensen, chairman of the board of NPR and chief operating officer of ideastream in Cleveland, Ohio. “Jarl has a deep commitment to the public radio system, love of radio and passion for quality journalism.  He has demonstrated throughout his career a keen ability to identify media and consumer trends. He has exhibited a strong track record on diversity and fairness.”

Mohn, 62, will begin his term at NPR in July and will succeed Paul G. Haaga Jr., who has been acting chief executive officer and president since last year.

“This is not a job for me.  It is a mission.  I love public radio and NPR.  It is a national treasure and more important now than ever,” said Mohn in a prepared statement. “I want to make sure the staff of NPR, the Member Stations and the others who make it happen have everything they need to do their best work.”

Mohn was the founding President and Chief Executive Officer of Liberty Digital, a public company that invested in interactive television, cable networks and internet enterprises. Prior to Liberty Digital, he created E! Entertainment Television and served as President and Chief Executive Officer from January 1990 to December 1998. He was Executive Vice President and General Manager of MTV and VH1, from 1986 to 1990. He began his career as a disc jockey in 1967 and was on the air on WNBC-AM in New York in the 1970s.

Most recently he has divided his time between being a corporate director and advisor to a number of media companies, making direct early seed investments in digital media/technology ventures. He and his wife Pamela created The Mohn Family Foundation in 2000.