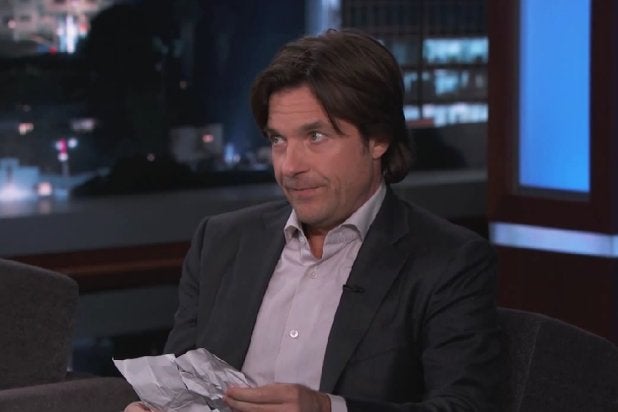 Jason Bateman was pretty upset when he came out for his appearance on ABC’s “Jimmy Kimmel Live” on Tuesday night. He told Kimmel he’d kind of expected to be a part of the previous segment. That’s when Kimmel revealed Chris Hemsworth was People magazine’s 2014 “Sexiest Man Alive.”

Bateman said that he’d rented a suit and got hair extensions for the occasion, and hadn’t really prepared anything else to talk about.

He did, however, write a speech for what he thought would be his “Sexiest Man Alive” declaration. And after some coaxing, he read it to the audience — after piecing it back together.

“Well, I got a little p-ssed off backstage,” Bateman said, explaining why the paper was crumpled and torn in half.

The speech itself started with an exclamation of “Wow!” It proceeded to talk about the challenges of growing up sexy and what a life-changing moment this achievement is for him.

Bateman deadpanned perfectly throughout the entire bit, chastising the audience for laughing and even welling up genuine tears at one moment.