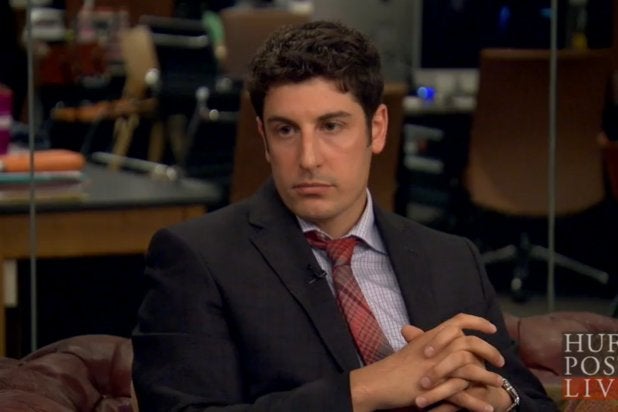 Jason Biggs continued his apology tour after his controversial Twitter joke following the crash of the Malaysia Airlines plane that killed the 298 people on board. The topic came up briefly during a chat on HuffPost Live about “Orange Is the New Black.”

In a post after the crash — that has since been deleted — Biggs joked, “Anyone wanna buy my Malaysian Airlines frequent flier miles?” He apologized for the comment on Twitter, and in a recent appearance on “The View.”

On HuffPost Live, the comedian was asked if the negative feedback might change the way he uses Twitter in the future. “I think so,” he said. “I’ve had some time to think about it now. You just need to think about what you put out there, because people can get hurt. And that’s what happened, that’s what I did. I hurt some people, and that’s not my intent. It’s never my intent.”

Biggs explained that he often turns to humor in difficult times. “It’s how I’ve always dealt with any sort of dark situation, whether it’s personal tragedy or bad news on a bigger scale,” he said. “[I] always try to find the humor and crack a joke; make myself laugh. It’s a knee-jerk reaction. It’s a coping mechanism.”

He summed it up by saying, “Moving forward, I need to not be stupid.”

Check out the full interview below.