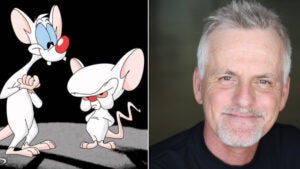 ”I understood that was going to happen in the transaction“ when it was announced in May, the CEO told TheWrap

WarnerMedia CEO Jason Kilar, who announced his pending departure from the company on Tuesday, told TheWrap he knew he would be leaving the leadership post within two weeks of AT&T’s plan to merge WarnerMedia with Discovery in a $43 billion deal that was announced in May.

Kilar, whom a Warner Bros. insider confirmed is likely to exit his post as early as next week when the merger is expected to close, described the situation as something of a reversal of the big fish-small fish metaphor.

While Kilar, formerly CEO of Hulu, wouldn’t confirm an exact departure date, Discovery shareholders approved the merger in mid-March and the deal is expected to close within early Q2, potentially as early as next week, so the timing of Kilar’s resignation wasn’t unexpected.

Kilar’s exit from WarnerMedia upon the completion of the merger and after almost two years of leading the company had been anticipated since the merger was announced last spring as Discovery chief David Zaslav is set to take the reins of the combined company, Warner Bros. Discovery.

Kilar was named CEO a month into the pandemic and one month ahead of HBO Max launching, and he oversaw the controversial “Project Popcorn” plan to put every Warner Bros. film released in 2021 onto the streaming service day-and-date for one month as it also premiered in theaters.

TheWrap spoke to Kilar about his future plans and potential missed opportunities during his time as WarnerMedia CEO.

The interview has been edited for length and clarity.

There is an expectation your departure will also result in the eventual departure of other key WarnerMedia executives. Can you reveal any details?
No, no, I don’t have anything to share at all. Back when the transaction was announced by [AT&T CEO] John Stankey and [Discovery chief] David Zaslav [who will lead the merged company] John said, and I’m paraphrasing: “David has some important personnel decisions to make next year.” So those are David’s decisions to make, and I’m sure he will announce them in due course.

Looking back, do you have anything you would call a regret?
[Laughs] Wait, I don’t want you to speed by the headline here. We just closed the highest revenues  in the 99-year history of the company, HBO Max is on a tear. I would say creatively we’re at the head of the industry right now, based on awards recognition, and peer recognition… I don’t think that anybody two years ago would have predicted that in the middle of a pandemic, in the middle of theater closures, or partial closures, that this company would have the highest revenues in the history of the company… That’s something that I can’t help but take great pride in, and a sense of gratitude.

How about “Project Popcorn”? You have said you regretted that plan because its surprise nature alienated some directors and talent in Hollywood.
We are setting the pace for the entire industry creatively… We have just completed a grand slam at the awards season [with] more awards than any other company in the industry… On the heels of that decision a year and four months ago, I’d say we’ve done pretty well.

What’s next for you in the changing entertainment industry landscape?
I think that there’s another wave of changes coming by those companies that are focused on characters and worlds and storytelling that are leaning into technologies like the blockchain. I think that’s absolutely going to cause a change in Hollywood as well… While I don’t have any great announcements to make in any way, I think it’s safe to say that you’ll find me building and working with talented people and doing so most likely at the intersection of storytelling and technology. It’s what I’ve always chosen to do. It’s what I’ve done here at WarnerMedia, I did it at Hulu, I did it at Amazon. Don’t be surprised if that continues to be the case.

Anything you would like to add?
I would say that I do wish there had been a little bit more coverage about our efforts to be a more inclusive WarnerMedia. Right now 40% of our team are people of color — talking about the U.S. market where most of our team resides. And 47% of our team worldwide are female… If you look at the diversity of our storytelling versus were it was five or 10 years ago, and the diversity of our storytellers, these are things that we are incredibly proud of… I want to go on the record saying that there is very, very much more work to be done.