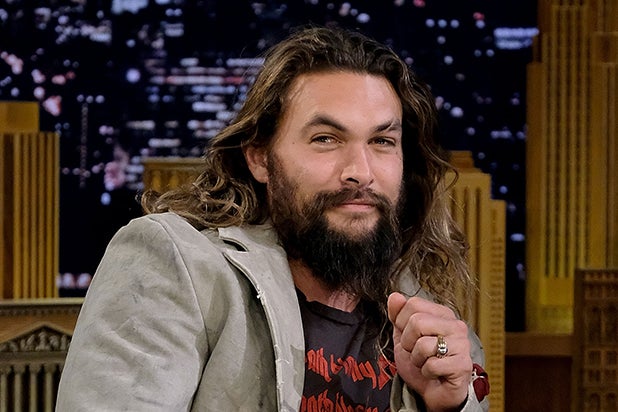 Jason Momoa is in talks with Legendary to join the cast of Denis Villeneuve’s “Dune,” individuals with knowledge of the talks told TheWrap.

The adaptation of Frank Herbert’s 1965 classic novel has been loading up on big names in recent months. Timothee Chalamet is set to star alongside Rebecca Ferguson, Dave Bautista, Stellan Skarsgård, Charlotte Rampling, Javier Bardem, and Josh Brolin. Javier Bardem is also in talks to join the cast.

Set in the distant future, “Dune” tells the story of Paul Atreides, played by Chalamet, whose family accepts control of Arrakis, a planet that is the only known producer of a highly coveted resource and is thus contested among several elite families. After Paul and his family are betrayed, he must lead a rebellion to restore his family’s control of Arrakis.

Momoa is in talks to play Duncan Idaho, an ace pilot and loyal warrior who serves the Atreides family. The actor is coming off a huge run at the box office as the star of Warner Bros.’ “Aquaman,” which has grossed $1.1 billion worldwide.

The project will be produced by Mary Parent, Cale Boyter, and Villeneuve. Thomas Tull will executive produce along with Brian Herbert, Byron Merritt and Kim Herbert for the Frank Herbert estate and Kevin J. Anderson will serve as a creative consultant.

Momoa is repped by WME.