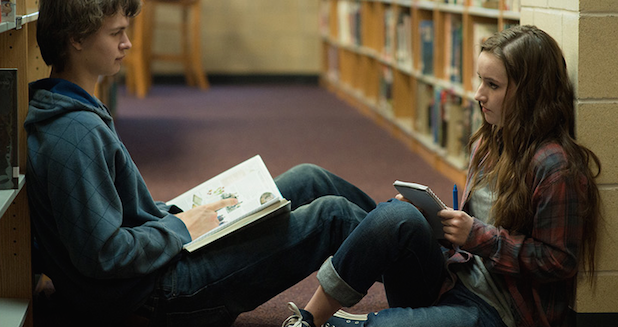 Jason Reitman is a writer-director whose voice emerged young – in his early 20s – brash, intelligent, the bleeding edge of his generation.

With “Thank You For Smoking” followed by “Juno,” Reitman established himself as that rare talent who could translate authentic human experience into biting satire with an undercurrent of empathy. You laughed and you cried at his movies, sometimes simultaneously. The movies had political themes (smoking, teen pregnancy), but they embraced them lightly.

As his film career has progressed, Reitman’s voice has settled into something more earnest and less authentic. He’s trying hard, and maybe too hard, to say something important in “Men, Women and Children,” a drama with touches of farce focused on how the internet is changing our inner and outer lives.  It had its world premiere on Saturday evening at the Toronto International Film Festival — not in one of the festival’s showcase downtown venues, but in the older Ryerson Theatre, where almost all of Reitman’s films have screened.

The film features a stellar cast of adults: Adam Sandler as a bored suburban parent married to a sexually frustrated Rosemarie DeWitt; Jennifer Garner as an overprotective mother monitoring her daughter’s every text; Judy Greer as an overly permissive mother uploading suggestive photos of her sexy teenaged daughter.

It features an equally strong cast of teenagers, including Kaitlyn Dever as the headstrong Brandy, Ansel Elgort as a young man struggling young man after his mother abandons the family and Olivia Crocicchia as the too-sexy Hannah Clint.

Adults misbehave as frequently as the teenagers in this universe, though they don’t have parents to monitor their every move. The problem is that the characters (especially the adults) never seem like real human beings. They go through the motions of trying to monitor their overly-connected kids, and yet somehow it all seems distant from how real people react.

Reitman makes this point clear in an early scene set in a high school, with every single person walking down the hall on their cell phones, looking down at the glowing screens.

While “Men, Women and Children” received mixed reviews after its TIFF premiere, the film about connectivity never seems to connect.

Paramount will open “Men, Women and Children” in October.